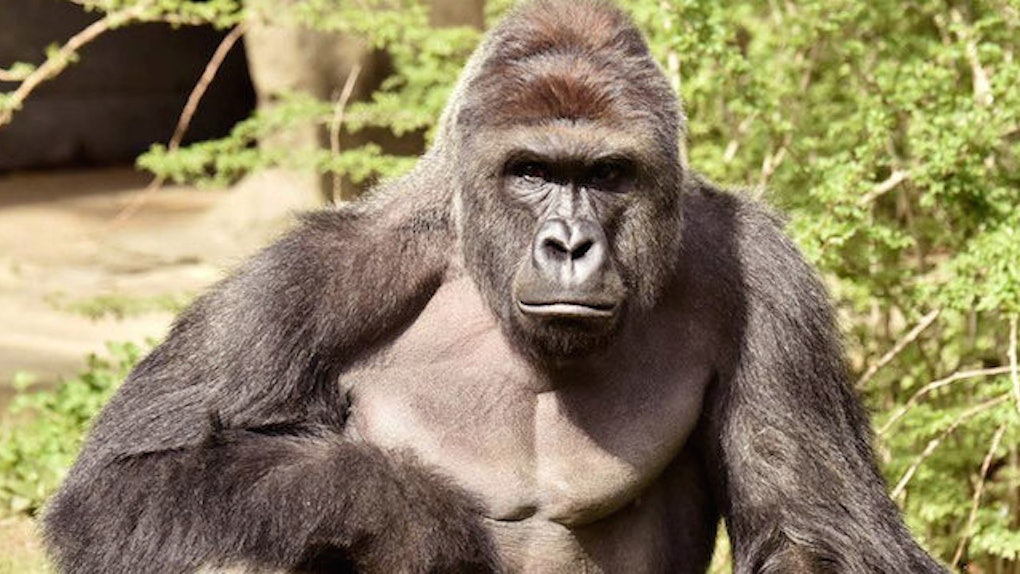 Harambe's Grandma Was Put Down By The Miami Zoo

On May 28, 2016, a tragic event occurred at the Cincinnati Zoo that would forever change history.

Harambe, a innocent Western lowland gorilla, was fatally shot just one day after his 17th birthday in order to protect a four-year-old boy who climbed into his humble enclosure.

The news of Harambe's death spread like wildfire, outraging animal lovers, nature activists and frat bros across the country.

It didn't take long for Harambe to become one of the biggest Internet memes of all time as people paid tribute to the glorious gorilla by joining the #DicksOutForHarambe movement.

If you're one of the many people who still haven't gotten over the loss of your beloved Harambe, I have some bad news for you.

It appears someone is on a secret mission to destroy Harambe's legendary bloodline because another yet member of his troop has just been sent to an early grave.

That's right. Harambe's grandma was killed by the Miami Zoo on Wednesday and now bros are starting the gorilla mourning process all over again.

Harambe's gorilla granny, Josephine, was just shy of 50 years old and had been known and loved as the matriarch gorilla of the zoo.

According to Ron Magill, a spokesman for the Miami Zoo, the gorilla was “euthanized after struggling with years of health problems."

The zoo staff members made the heartbreaking decision to put Josephine down when the “elderly gorilla was unable to reach for her favorite treat Wednesday morning.”

Yep, Josephine's favorite thing ended up being her ultimate downfall. Oh, the irony.

Moja was later sent to live at Gladys Porter Zoo, where he became the father of several gorillas, including the almighty Harambe.

Harambe's family has long since been plagued with suspicious deaths.

Back in 2002, Harambe's mother, Kayla, and his 1-year-old sibling Makoko died at the Gladys Porter Zoo after chlorine tablets “accidentally” became wet and filled the animals' enclosure with toxic fumes.

Then in 2013, Moja died after suddenly collapsing in his behind-the-scenes quarters just minutes after he was seen playfully running around and pounding his chest with his fellow gorillas.

Seriously, when will these cruel gorilla deaths finally come to an end?