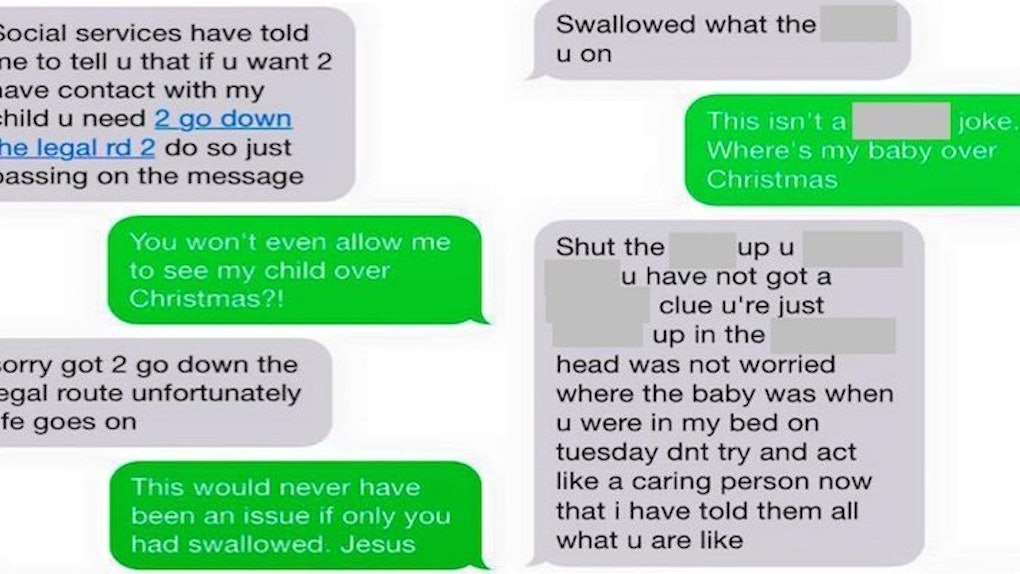 Plenty of us have trolled a wrong-number text when the opportunity arose.

I once claimed to be Barbara Walters when a random teenager texted my number thinking I was a dude named Max, and both of us are better for it.

There is, however, such a thing as trolling too far.

The LAD Bible uncovered texts sent by a guy named Jack who, instead of letting one poor woman sort out custody issues with her baby daddy, taunted her mercilessly.

Jack starts by suggesting the woman's child should have never been born in the first place.

He then demands to see the child on Christmas and insults his mystery texter's sexual prowess.

Wow, Jack, you sure don't miss a thing.

It's not long before slut-shaming a single mother gains some momentum.

Srsly, J-Baby, are you single?

The mystery texter holds her own, and Jack throws down “sidehoe” and “basic bitch” in one text.

Pull out all the stops, Jack.

In a last-ditch effort, he sends what appears to be some light judgement plus some nonsense that might be slang.

Luckily, the mystery texter refuses to “get a wesh” because Jack is the bamp (am I doing it?), and she is an honest person trying to live her best life.

Jeez, Jack. Who hurt you?

Citations: Guy Brutally Trolls A Woman Who Text Him By Mistake (The LAD Bible)