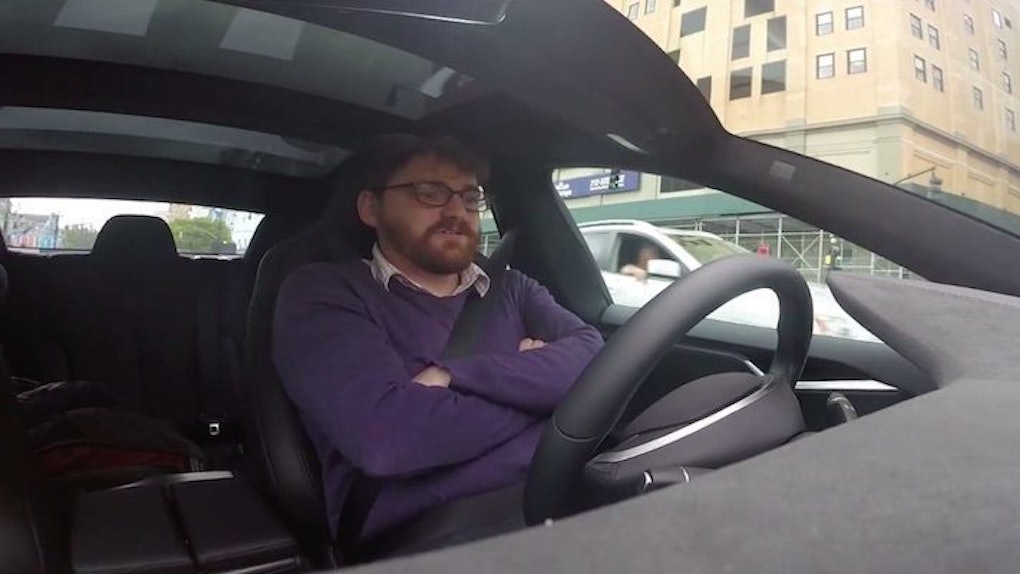 This Guy Got To Test Out Tesla's Autopilot Mode, And It Looks Incredible (Video)

This is the car-tech version of the “Double Rainbow” video.

Jalopnik's Michael Ballaban tested out Tesla's autopilot car system in New York City, and it rendered him completely devoid of any concept of chill.

It's not that he has no chill in this video, it's that the car, a Tesla Model S, literally made him forget there was ever such thing as the word “chill.”

In a video where the world's first street-ready autopilot car is tested on the streets of one of the most infamously dangerous places to drive, I'm most fascinated with the reactions on Ballaban's face. That is how whimsical and childlike his response was to the system.

It's like watching someone listen to rock 'n' roll for the first time.

Sure, driving the car is probably scary and feels kind of dangerous, and I'm sure nobody would know what to do with his or her hands through most of it, but somehow, every second of the experience would probably be magical, and everyone would be excited to go back for more.

Weirdly, the same rules apply to trying a salad bar for the first time.

Citations: Tesla's Autopilot System Is Awesome And Creepy And A Sign Of A Beautiful Future (Jalopnik)