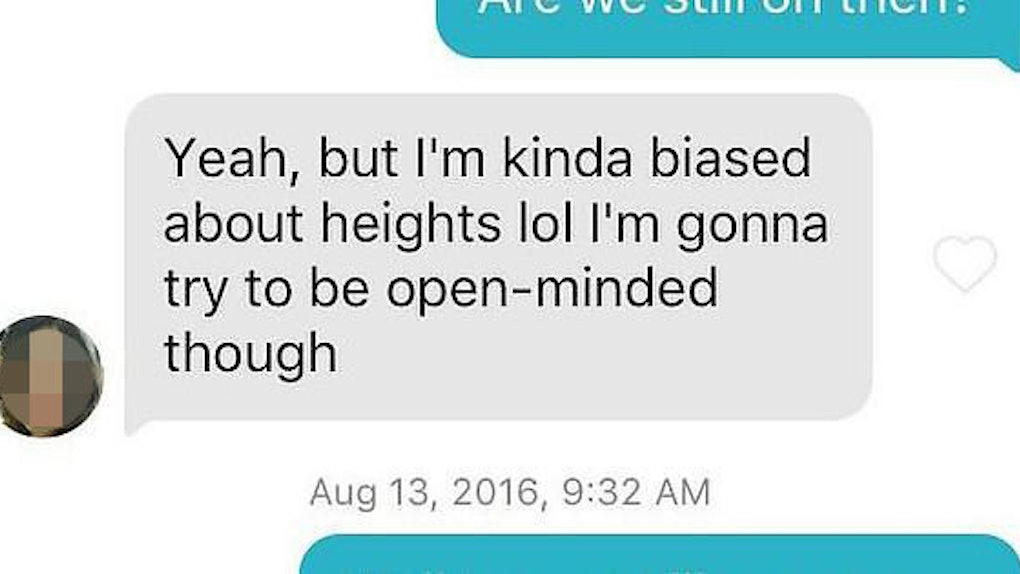 Fellow vertically challenged men, lend me your ears (or eyes, in this case).

Some dude completely shut down a girl on Tinder who took a shot at his height, and we can all learn from his sass.

I'm not sure how the conversation was going before this happened, but I assume there was some mention of how tall the guy is.

Then, it looks like the girl reveals she's 5 feet 1 inch tall before saying after, "I prefer tall guys lol."

Hang on, isn't pretty much everyone in the world taller than you if you're 5'1"?

The girl (who already lost major points with that first comment) goes on to say, "I'm kinda biased about heights lol I'm gonna try to be open-minded though."

Now she's asking for it.

The guy's response to all of this is pure gold.

*Celebratory airhorns like the ones from a terrible rap song*

Such a deep burn.

Let's not rule this pair out yet, though -- they might be a match made in heaven.

Their lives could be blessed with tiny, unattractive kids in years to come -- but probably not.