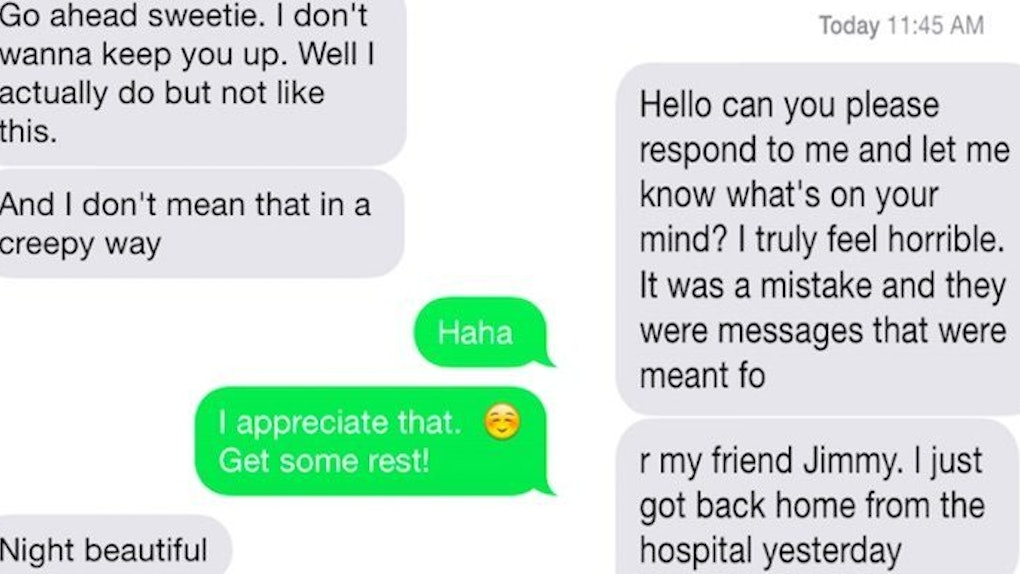 Getting a girl's number is one of the purest social joys someone can experience while on this planet.

Receiving a girl's digits isn't just about getting her number; it's about getting confirmation someone of the opposite gender likes you enough to subject him or herself to drinks, maybe dinner, maybe a movie, maybe even more than all three... IF YA KNOW WHAT I MEAN!

So yes, the minutes and days after you get a girl's number make for a very exciting time, but you have to remember as exciting as it is, keeping your cool is almost more important than the act of getting the number itself.

The line between creepy and flirty is very thin and it can oftentimes be hard to not brand yourself as a sexual predator when talking to someone new.

I mean, it's not THAT hard, but this one guy in the screenshot series below is terrible at it.

The reader who sent the images into Barstool Sports sent in the following backstory with the pictures:

So I am a single girl, living in the city, trying to avoid creepers and douchesticks as much as the next person when a friend of mine texts me that she knows someone that she thinks would be perfect for me. He messages me on Facebook. He seems ok from the limited messages we've exchanged so I gave him my number.

Behold, the man who possesses the least amount of chill possible.

He starts off the convo innocently enough.

Sweet start. If he keeps on that track he'll be making a connection in no time.

DOUBLE DOWN ON THE STORY!

MAKE HER PITY YOU!

Citations: Reader Email Nobody In the History of Earth Has Ever Gone From Zero To 100 Faster Than This Guy (Barstool Sports)