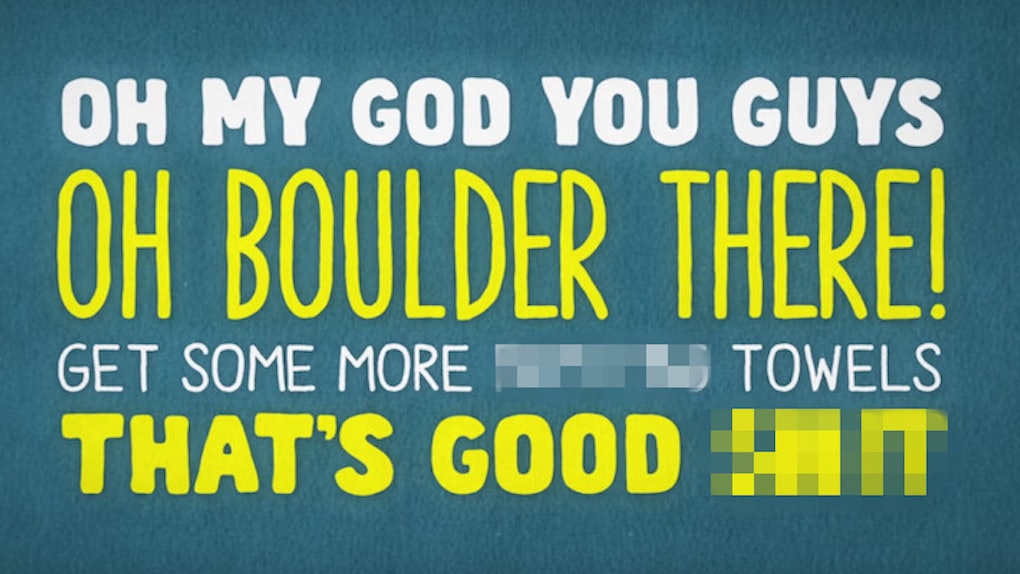 Meet Adam Rosenberg, aka "The Somniloquist."

That's the word for someone who talks in his or her sleep.

I do it. You probably do it. But we've got nothing on Adam.

He's a lyrical genius and basically the new Kanye West.

Cue up the mic, Adam, and spit some ill-mannered bars for us.

He says things like, "Oh my god you guys. Oh boulder there! Get some more f*cking towels. That's good sh*t," and, "MMMMMM HONEY!"

Other personal favorites include, "Anyway, you lazy dooooog BABY BABY BABY DOG togo brunt chit F*CK UP SH*T," and, "Right on the, right on the sub line right on the love line. Right."

Then there's, "Ride ... to catch ... only a mind for catch, but not to catch," which is basically boss-level poetry you wish you had thought of in third grade.

These aren't inaudible noises, either — Adam's speaking so clearly it sounds like he's awake.

He posted a well-produced video to YouTube showing the funniest things he's said while in the land of nod. It's called, "The Somniloquist, Midnight Monologues From A Real Life Sleep Talker."

I recorded myself talking in my sleep nearly every night for a year. These are some of the things I said.

Naturally, it found its way onto reddit, and people can't get enough of his midnight ramblings.

It's hilarious, and surprisingly soothing. His murmurings are better than any podcast. Wipe your Spotify clean and replace all media with a constant stream of Adam's nonsensical thoughts for your morning commute.

It's not clear if there is a Mrs. Adam in the picture, but if so, we are both jealous and not jealous if she gets front-row seats to this spectacular show.

Can't wait for his debut album to drop next year — it's gon' be fire.