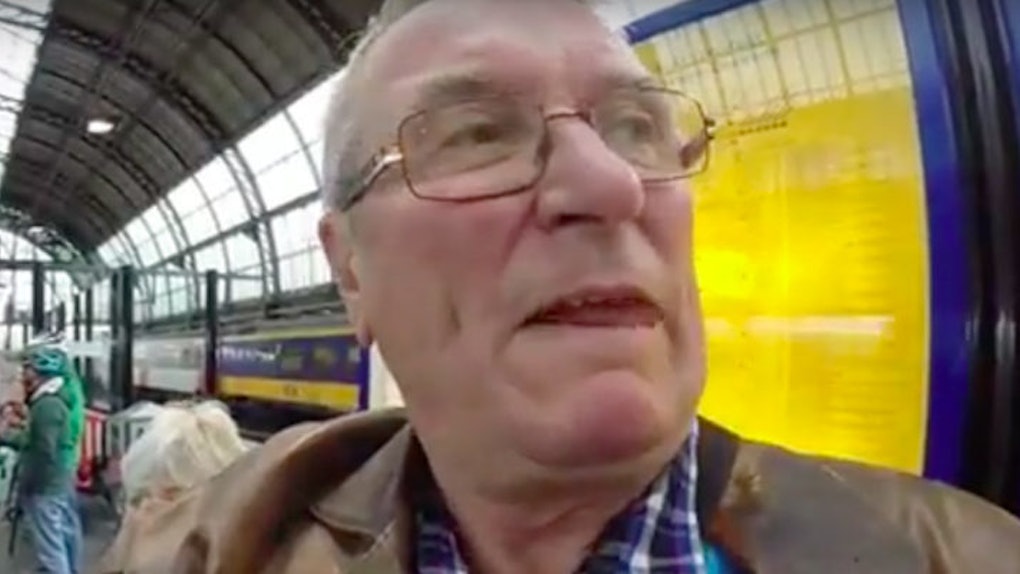 One British man's vacation footage has become an Internet sensation after he accidentally filmed the entire trip on selfie mode on his GoPro.

The confused cameraman, Howard Newman, didn't realize he made the hilarious -- not to mention adorable -- mistake until he passed off the video to his son, Mark, for editing. According to Daily Mail, Newman blamed the positioning of the tiny device's buttons for the mix up. Either way, we're all glad it happened this way.

Totally oblivious that he's filming his face the entire time, Newman says at one point,

This is us just leaving our last stop before Amsterdam. Unfortunately you cannot see it as its above us so instead I'll have to show you Joan with her duck face.

He points to his wife, but obviously, you cannot see her. This video is equal parts cute and funny, which, at the end of the day, is way more than you can expect from your average travel video. Because, to be honest, most people's vacation videos are boring AF.

You can enjoy the shortened version of Newman's trip by clicking play on the video above.

Citations: 'I wish I could see what I am filming': Father borrows his son's GoPro to film his holiday – only to accidentally hold it the WRONG way round for the entire trip (Daily Mail Video)