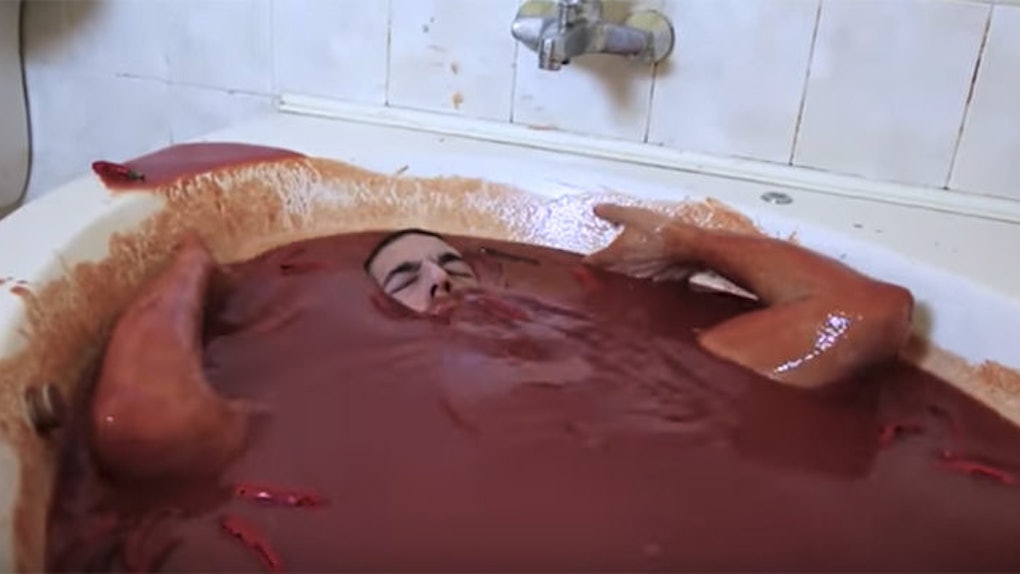 Yup, This Guy Bathed In 1,250 Bottles Of Hot Sauce And It Did Not Go Well

We have no idea why this man tried to do this. By the end of the video, it doesn't look like he did either.

YouTube user Cemre Candar says he took a bath in tub full of hot sauce for, well, some reason. Candar poured "bucket loads of chili," which he indicates in the video's title amounts to 1,250 bottles of hot sauce, and added hot peppers into the mix before jumping in.

After plunging his body into the spice bath, Candar almost immediately looked like he had caught on to the fact that maybe what he did wasn't the smartest idea.

He entered with bravery and exited with hysteria.

A few hours and several "oh my Gods" later, Candar gave the most hilarious debrief ever.

It's been like a couple of hours, and I feel like I've been through hell and come back... I'm actually a bit scared right now.