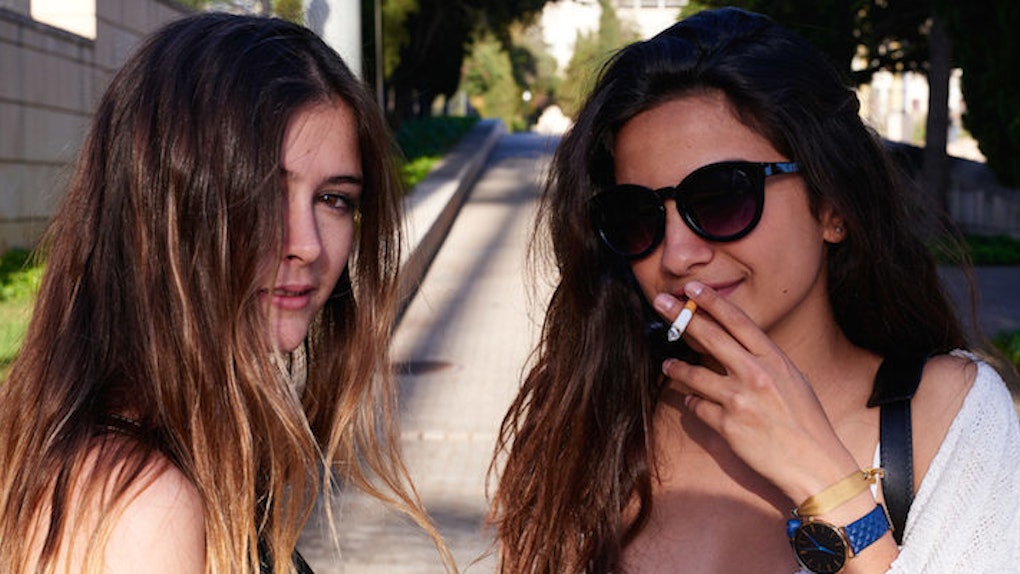 Good To Be Bad: What Makes Teenage Rebellion So Enticing And Enjoyable

From stealing our parents' cars to tattoos of smiley faces on our ankles, teenage rebellion is a normal product of coming of age.

I remember my own mother telling me about how one night, she snuck out of her house to go to a concert instead of studying.

Recently in the news, Kendall Jenner, 19-year-old super model, admitted to having a nipple piercing to Page Six, stating:

"I was going through a period in my life, having a rough time, being a rebel and was like ‘Let’s just do it.’"

Jenner’s nipple piercing as an act of rebellion is not uncommon, and although it may be frowned upon by older generations, it should be viewed as healthy.

Teenage rebellion is necessary in order to transition from child to adult. As children, we are told to follow strict rules, and we are afraid of what will happen if we deviate from what we are told.

Eventually, we move into our teenage years, and we face judgment and control from our parents. They tell us we can’t go out, or we can’t dye our hair a certain color, making us want to break out even more.

Our teenage rebellion years are necessary to help us figure out who we are and what we stand for. Acts of rebellion come from the heart, and following our hearts helps us individualize ourselves.

This “rebellion” should actually be looked at as a sense of discovery. Teenagers will make their own sets of mistakes or triumphs in retaliation, which will help them learn what it means to be their own individuals.

Teenage rebellion also helps us realize what the repercussions of the real world are. When we, as unruly teenagers, commit small offenses, like spray painting or breaking into our old middle schools, we tend to face punishment from higher authorities.

As teenagers, most of our offenses are excused, but we get a taste of what happens in the real world.

Teenage rebellion helps younger generations transition into the adult world because we learn our retaliations cannot last forever, and there will be punishment for our crimes.

Our teenage years are some of our only years to be who we want to be without fear of repercussions.

For example, ombré-ing your hair green as a child or adult would be considered out of the norm, but as a teenager, under the blanket of “rebellion,” it's totally acceptable. Our adolescence is the only time we can justify almost anything we do with “I was a teenager.”

A beautiful part of being a teenager is pushing boundaries, which is almost always achieved by our acts of rebellion.

Tattoos, piercings, hair dye, petty crime and vandalism is all a part of what makes you you. The stories of your rebellion are ones you will look back on as the most influential of your life.

Older generations pretend not to understand rebellion because they have been sobered by the humdrum real world they are forced to live in. We all know our parents would love to be spontaneous and get matching nose rings, but their time is over.

With the little time we have left before we are completely lost in the real world, we need to go out and follow our rebellious desires.