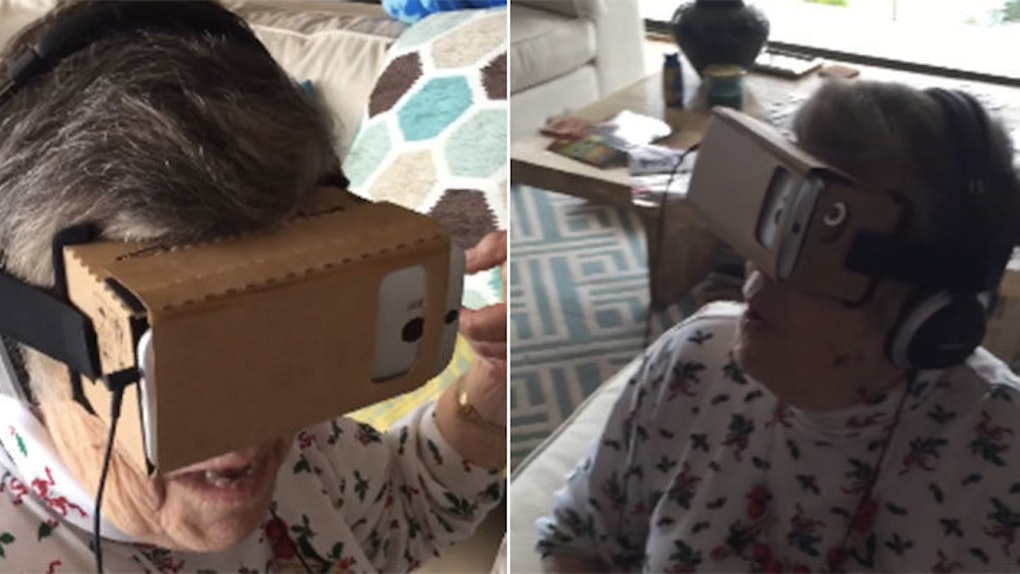 For those who weren't raised alongside virtual reality technology, the experiences it provides are just as intense as the real thing.

That's why you can't blame this 89-year-old grandmother for screaming bloody murder when she tried Google Cardboard VR for the first time.

YouTube user Mark Nutt wrote the video was filmed on Christmas morning while the family was on vacation in Hawaii.

This grandmother held the hand of a relative as a roller coaster simulation sent her into a raucous fit that may resemble a chimpanzee having a seizure.

She was so overcome with excitement, another relative was needed to restrain her and tell her, "It's OK, Grandma!"