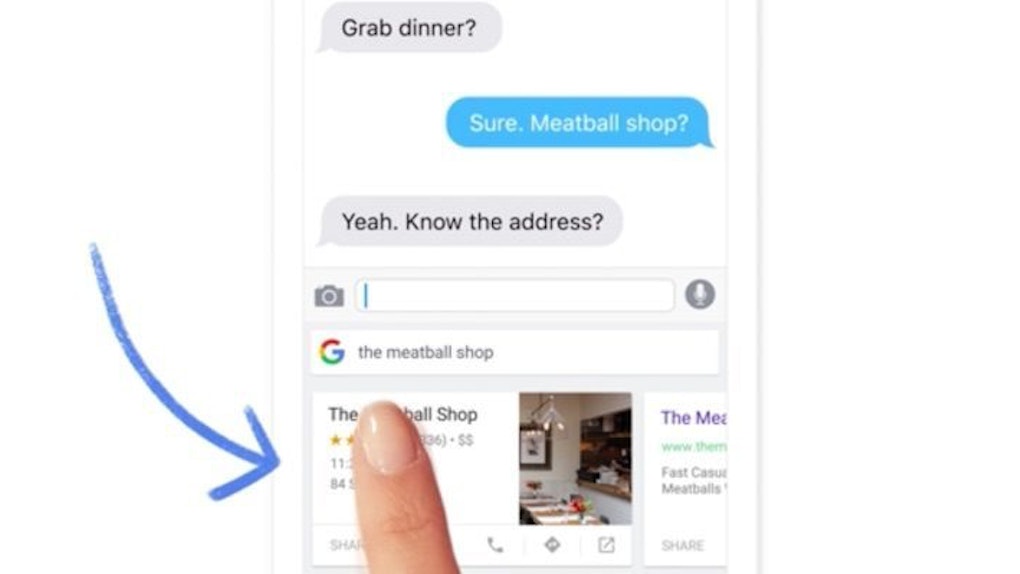 Usually, when I watch commercials, I'm like, "Ugh, capitalism, I never want to buy anything ever again," but after this Google commercial for its new iOS keyboard, I was like, "I HAVE BEEN WAITING MY WHOLE LIFE FOR THIS TO EXIST."

OK, not my whole life, but at least the three years I've had an iPhone.

The new Google keyboard has a Google search function built in, meaning no more switching apps when you need to look up an address while texting.

But that's just the boring, old, practical advantage to this new keyboard. MEMES, YOU GUYS! Think of all the glorious memes you can send without ever leaving the messaging app!

BUT, WAIT. That's not even the best part. This keyboard has mother f*ckin' EMOJI SEARCH.

I think I need to say that again: SEARCHABLE. EMOJIS. When I need the fire emoji — and I need it constantly — I can just type "fire" into the search bar! No more scrolling myself into oblivion!

It also has GIFs and glide typing! Why hasn't this always been a thing?

It's called Gboard, and it's available for iOS, aka iPhones and iPads. Mine is already downloading from the App Store as I type.

I swear I'm not getting paid by Google to say this, but God bless Google, and God bless the United States of America.