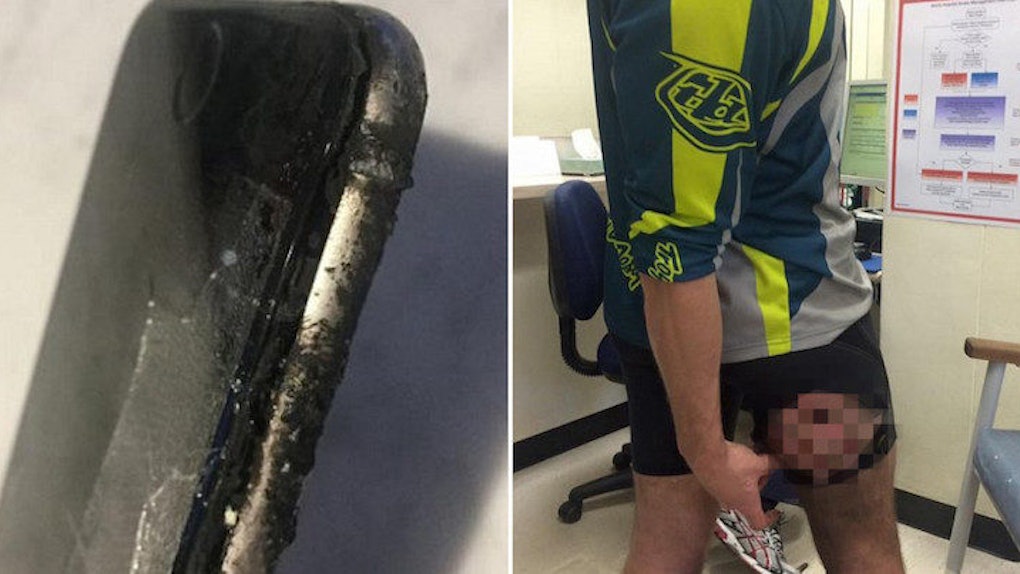 Never keep an iPhone in your pocket because it WILL explode and it WILL burn your ass.

Nah. That's a huge exaggeration. But it did happen to one guy on Sunday.

His name is Gareth Clear, and the hole in the 36-year-old's right butt cheek speaks more than words ever could.

He was tearing up Manly Dam – yes, that's the actual name – in Australia on his mountain bike. He had his cell phone in his back pocket.

Gareth took a tumble, and then noticed that his shorts were spewing smoke.

I suddenly saw this incredible plume of smoke. And there was a searing pain that went along with it -- as though someone had pushed a huge block of ice against my leg. It was pretty freaking painful.

Gareth managed to get the phone out of his shorts, but not before it blew a massive hole in them and ripped off three layers of skin.

He was taken to the hospital, where he will stay for the next couple of days in order to undergo a skin graft.

Stay safe out there.