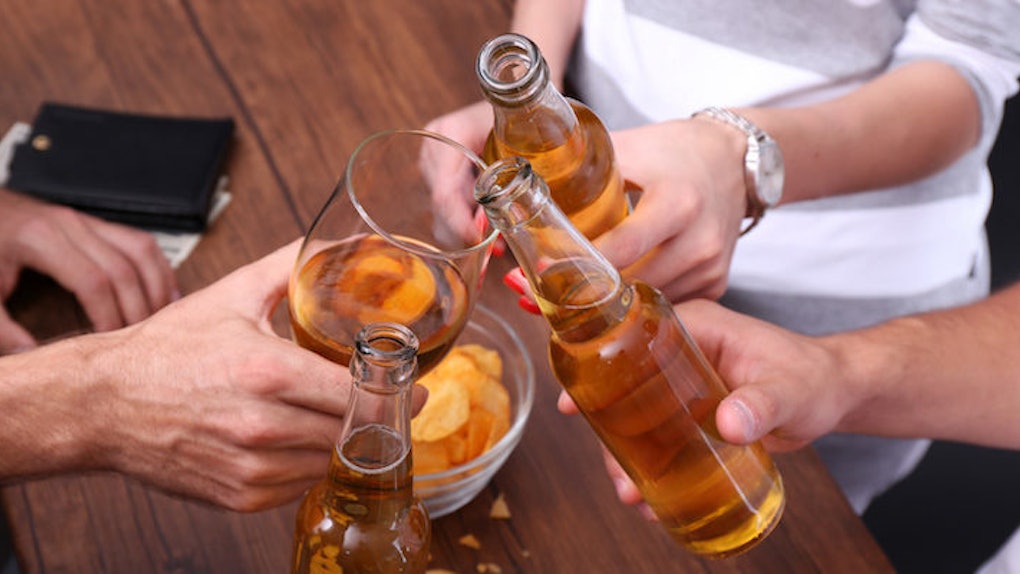 We Finally Know Exactly How Much Happier Getting Drunk Makes You

OK, sure, alcohol does a lot of really terrible stuff to the liver, brain and entire body in general.

And fine, it ruined a lot of people's lives and caused a lot of innocent people to get hit by cars.

And YES, it probably made everyone reading this article do something they very much regretted the next morning when they sobered up.

But, getting drunk sure is fun. Right, everyone?

Thanks to a recent study published in Social Science & Medicine, we now have a scientific measurement of just how fun getting schwasted really is.

Here's how the study worked: Researchers looked at the data of people who use an app called Mappiness. This is a UK app that pings users at random points during the day and asked them to rate their happiness levels on a scale of one to 100.

The app also asked users whom they were with and what they were doing at the time. The researchers looked at two million of these responses from 2010 of over 31,000 people.

As it turns out, they found people reported higher levels of happiness "at the moment of drinking." In fact, using the scale of 1 to 100 on happiness, users reported being about 10.79 points more happy, on average, while drunk.

Basically, getting drunk is sort of an instant fix of happiness, but don't count on anything longterm.

You also have to factor in the activities many of the app users were doing while drinking, like hanging out with their friends. However, the researchers found the timing and company of the drinking had only a small effect on users' happiness.

Also, keep in mind the researchers did not select who downloaded the Mappiness app, so this sample isn't necessarily representative of the larger population. But, still, I think it's safe to say a lot of people enjoy drinking.

So, yeah, alcohol is really bad for you -- but it's also really fun.

Citations: Scientists have figured out exactly how much fun it is to get drunk (The Washington Post)