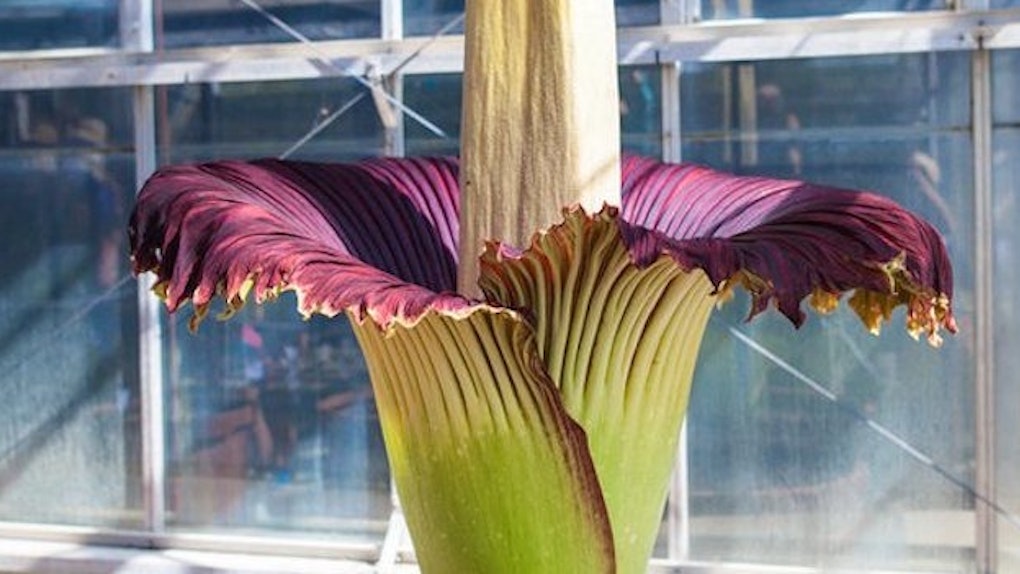 Mother's Day is still almost five months away, meaning there's plenty of time to procure your mom the "corpse flower" thousands of people are flocking to see and smell.

The Titan arum is reportedly among the world's largest flowers.

According to BuzzFeed, the flower blooms for merely two days before buckling, but during the brief period of time it is open, the corpse flower emits a stench comparable to that of rotting flesh.

The Mount Lofty Botanic Garden in South Australia is home to the odorous plant named "Indah."

Over 1,500 visitors stopped by within the first two hours to see the corpse flower on display.

Outside, a winding line of sight-seers waited for their turns.

The line was so long, the Botanic Gardens SA tweeted a reminder to stay hydrated and UV protected.

Area police even issued a traffic warning with #stinkyflower.

Rarity and novelty are major draws for curious crowds hoping to experience the bloom period, which was made possible by a 2006 seed donation.

Flowering events are rare because the plant is so difficult to cultivate, even in optimum conditions. The fact the flower, and its signature stench, will only last around 48 hours before it collapses on itself, makes it a must-see event for plant lovers and curious souls alike.

Naturally, Indah was the belle of the smelly dumpster ball.

Indah was so popular, the Garden extended its hours of operation on the corpse flower's behalf.

Face it, you'll just never be as intriguing or beloved as this massive, stank, phallic flower.

Citations: Thousands Of People Are Lining Up To See A Flower That Smells Like Death (BuzzFeed)