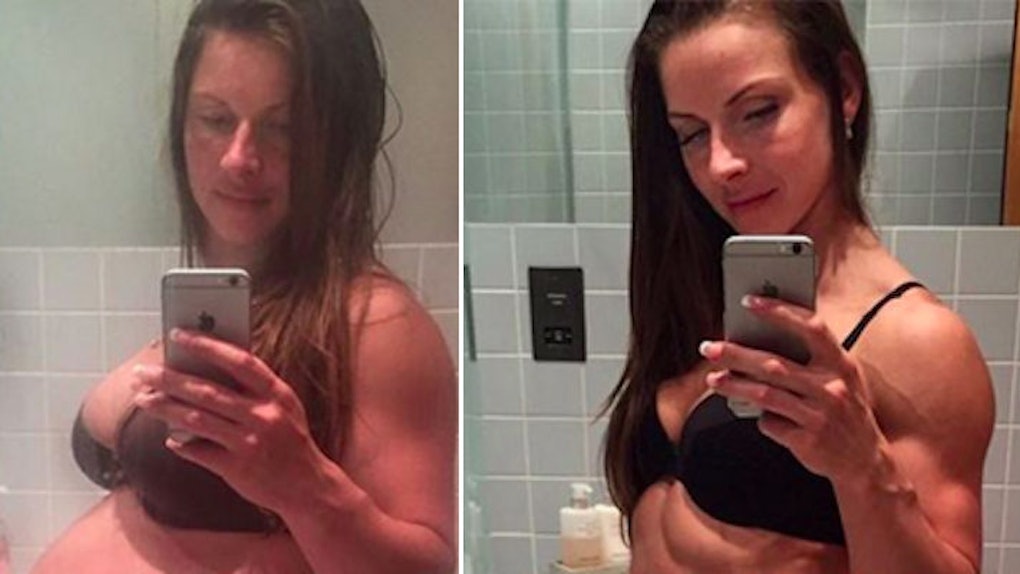 And yet, Ingrida Radevic, a 30-year-old fitness competitor from London, did exactly that.

Well first of all, a six-pack in any amount of time is crazy impressive, at least to me. I don't know about you guys, but I've never had a six-pack in my life.

Second of all, think about how long it takes to get six-pack abs and how soon after giving birth Ingrida must've had to start seriously working out. All right, I'll just tell you: Ingrida was back at the gym by the time her newborn daughter, Aria, was 4-months-old.

Third of all, just look at this photo from Ingrida's Instagram and tell me you're not impressed.

Ingrida is a production manager at a food factory, and in her free time, she is training for the World Beauty Fitness & Fashion competition. That explains why she works out five times a week despite being the mother of a newborn.

She began her training before she got pregnant, and after she heard the news, she considered continuing her training throughout the pregnancy. But, as Daily Mail reports, that didn't quite work out -- pun intended.

I tried to get fit during my pregnancy but didn't manage it. I put on my weight because my nutritional plan wasn't balanced, I used to eat a lot of snacks.

But after Aria was born, Ingrida got down to business on her training. And as you can see, she is handling being a new mom and being super fit just fine.

Try and tell me this baby isn't the cutest, happiest baby you've ever seen.

SO CUTE! And already hitting the gym.

And Ingrida is looking pretty great, too.

Obviously, it's been a process of training over the past year.

Ingrida's clearly been working incredibly hard to get her body to where she wants it to be.

Congrats, girl! You're totally going to smash that fitness competition, as well as motherhood!