Are you stressed out at work, need to let off some steam or just really want to punch a motherf*cker in the mouth right now?

Well, then perfect, because Rumblr is the new fighting app for you!

According to the official site, the revolutionary new app will be released today at 5 pm EST and will allow users to organize street fights with people in their local areas, or even locate where a fight is going down and just attend and talk some sh*t. 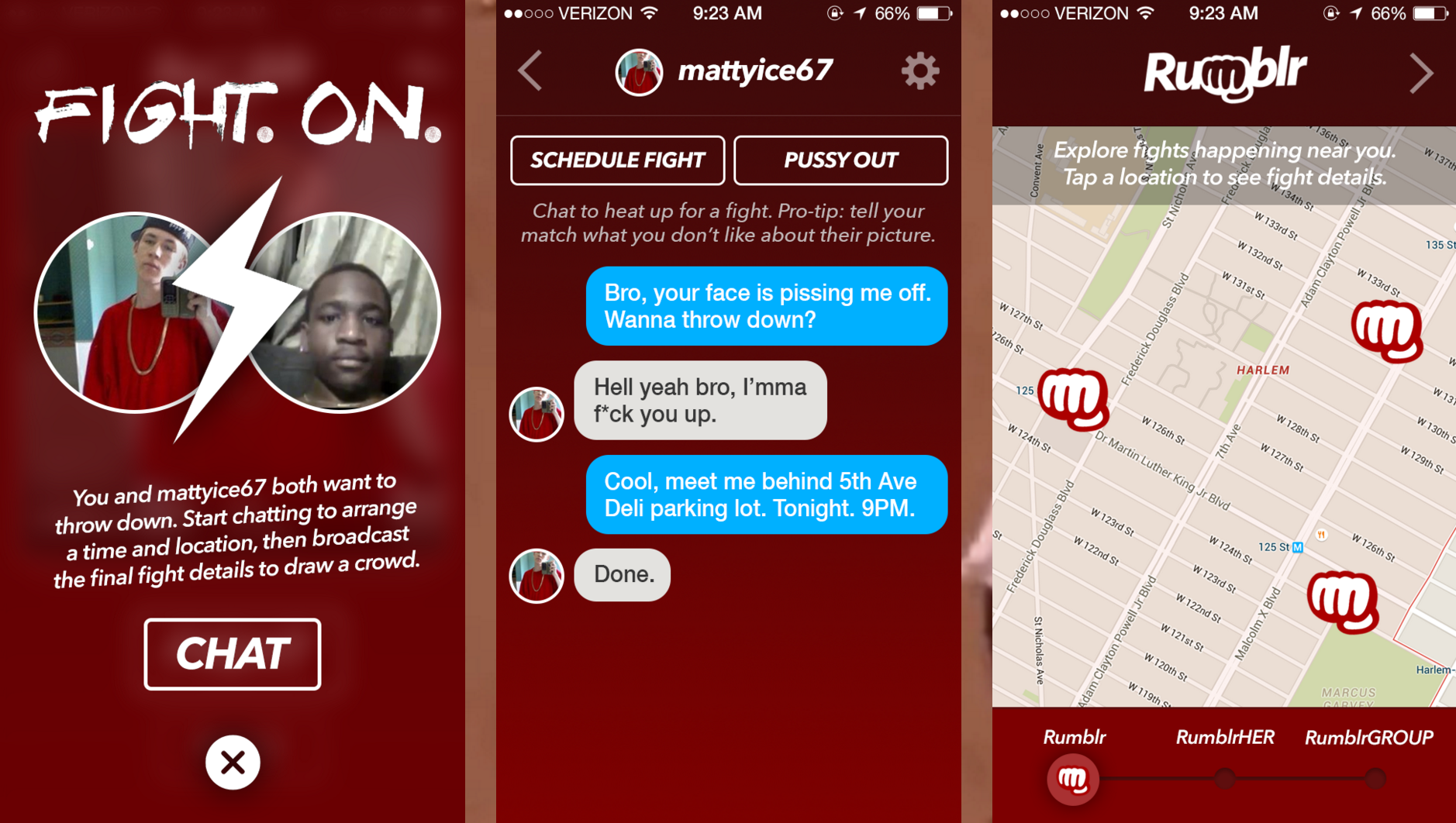 While we don't know much about the interface, it appears you can start a conversation with a stranger, see if you want to throw down then either choose to "schedule fight" or "pussy out."

If you were wondering if this is actually real, I'm not even completely sure, but I'm at least downloading it to see what's Gucci.

While we have to wait and see on that, we can already start to get an idea of some of the type of dudes who will be on it.

But dudes are already out here trying to start fights and the app hasn't even launched yet!

Like any fight club, there are rules to this sh*t.

But maybe Rumblr will create new rules to this sh*t.

It's kind of sad, but it might be true.

Because motherf*ckers are really going online to look for fights now.

Citations: Rumblr is like a dating app, but for fistfights (Venture Beat)

More like this
Apple's $800 Watch Isn't For Everyone — Here's Who Might Consider The Pricey Upgrade
By Collette Reitz
iPhone 14 Pro's Dynamic Island Is A Lot Of Fun, But Can You Ever Turn It Off?
By Collette Reitz
If You Buy 1 New Apple Product This Fall, Make It The AirPods Pro 2
By Collette Reitz