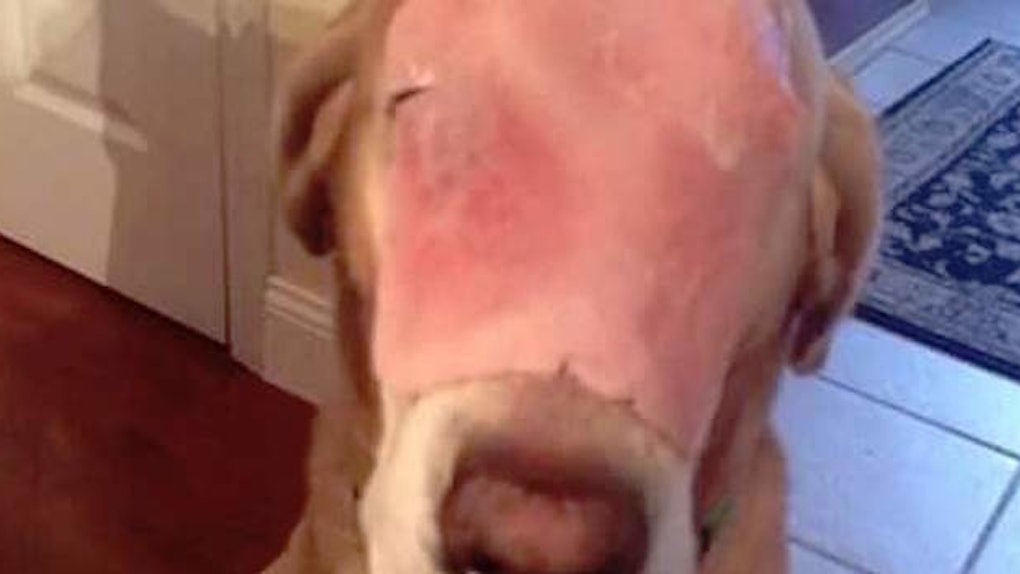 Did You Fall For This Picture Of A 'Burned' Dog On Facebook?

Thousands of Facebook users appear to have been tricked into mistaking a piece of meat for a terrible burn.

This poor dog was badly burned and disfigured trying to save his family from a house fireOne like = one prayerOne share = ten prayers Posted by Stephen Roseman on Wednesday, December 23, 2015

The photo was shared over 110,000 times, sometimes alongside messages such as "Prayers," "God bless this dog," and, "Poor dog, hopefully he will recover."

One user who shared the photo wrote,

This went [through] hell for his family would they do the same for him Mans best Friend.

The majority of the comments on the photo, however, point out how blatantly obvious it is the "burn" is really just a piece of ham.

Users blasted Roseman as "sick" and an attention-seeking "douchebag," but Roseman found the insults hilarious and explained the purpose of the prank in the comments section.

People, people this isn't even my dog, I found this picture on fascistbook, stole it, and decided to use it in a prank to fool these religitards. So I did, and low and behold idiots left and right fall for it, and those that didn't, seem to think they have a superior intelligence or something, for pointing out the obvious. Keep in mind, I never told a single soul to like this, that is their choice, I don't give a f*ck either way.

In the comments section, he referenced such users as "goddamn sheeple" who need to have their "wool covered f*cking eyes" opened.

Roseman added the many users who failed to understand the joke and responded with anger are even dumber than those who truly believed the dog was burned.

Citations: Tons Of People On Facebook Were Tricked Into Sharing This Photo Of A Dog With Ham On Its Face (BuzzFeed)