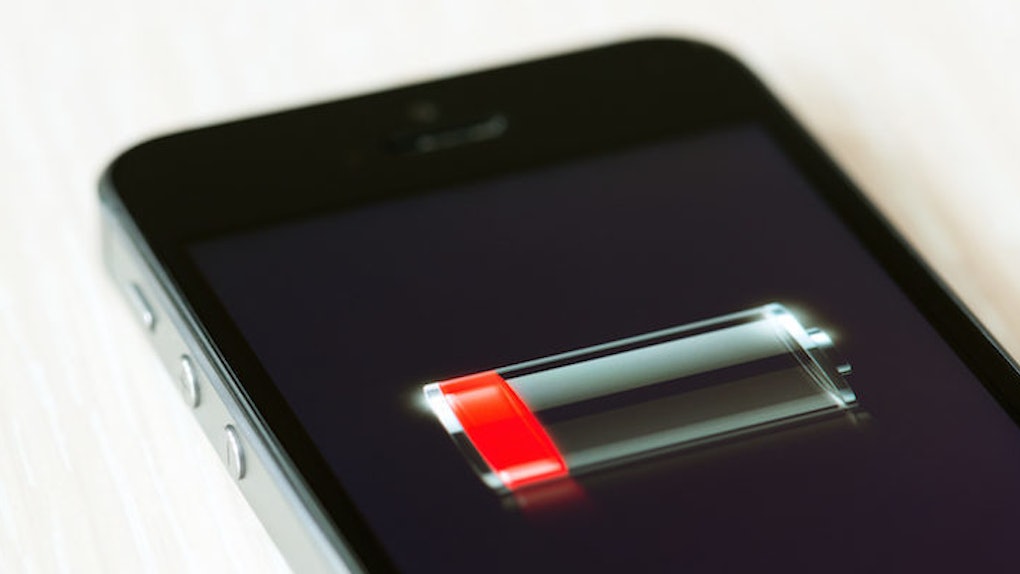 There's an application on your iPhone majorly draining your battery, and sorry, it isn't the Stocks app you never bother to open.

In a tweet on Sunday, Matt Galligan indicated the Facebook app saps a phone of its power even when the background-refresh capability is turned off.

The @Facebook app has abysmal battery management. Sucks up juice in the background even with bg app refresh off. !! pic.twitter.com/eDqIgWzUwq — Matt Galligan (@mg) October 11, 2015

When Galligan went to Settings and then Battery on his iPhone, he noticed the social media app killed 15 percent of his battery use the previous week. For a more avid user, the percentage can be close to double that number.

A post on MacRumors said the energy use could be a result of silent audio from Facebook videos that play automatically.

Android users, who may have thought they were exempt, reportedly also have to deal with their Facebook apps having poor, battery-sucking performances.

Facebook is apparently working to fix the drainage, but in the meantime, social media addicts may want to invest in pocket chargers.