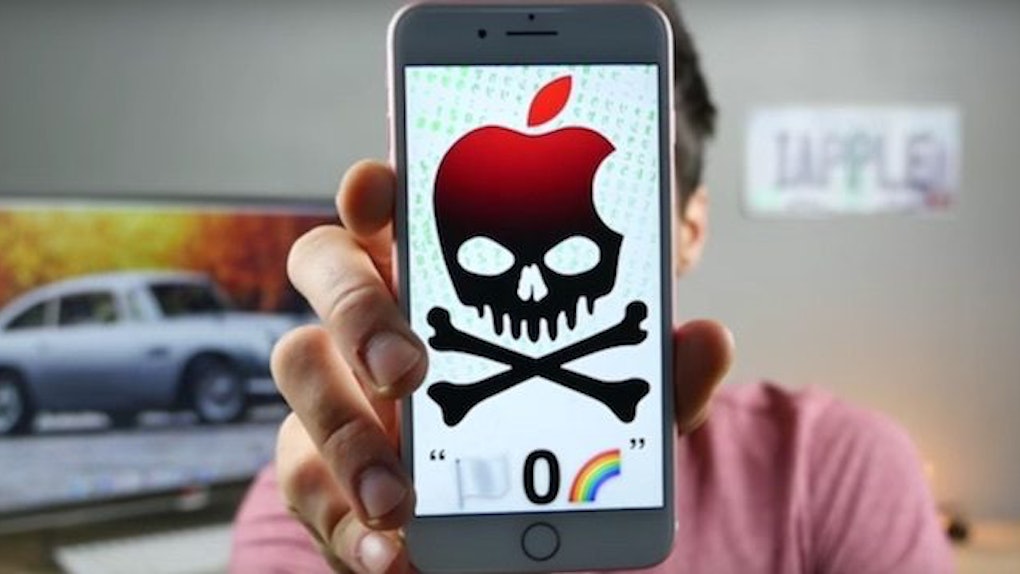 If you have plans to voluntarily crash your friend's iPhone in the near future (I hope you don't), then you're in luck!

Apparently, there's a simple strand of emojis you can send via text message to completely freeze any iPhone.

According to Mashable, the pattern of emojis that has fallen culprit to temporarily destroying iPhones includes the white flag and the rainbow, separated by the number zero.

It's been reported the deadly iPhone strand can only affect phones that haven't been upgraded to iOS 10.2.1 yet. So if you're still using iOS 10.0 through 10.1.1, I'd upgrade immediately.

A YouTube video posted by EverythingApplePro explains the entire process by showing examples of iPhones that have received the text message of doom.

As explained in the video, the process is a lot more complicated than it sounds — so if you have an enemy or two you'd like to play a prank on, get ready to commit to the cause.

Along with the white flag emoji, the rainbow emoji and the number zero, an invisible character is required to crash your victim's phone. It's called a variation sector 16, or VS16.

When sent together, the VS16 makes the iPhone want to combine the emojis into one, hence creating a rainbow flag. Since the software on older iOS versions cannot complete that task, the phone shuts down.

Sending the text message isn't exactly as easy as it sounds, though. According to the video, proper steps must be taken in order to send the message without freezing your phone by accident.

After you've gotten onto the website, you must create a new note from iCould.com that will connect to your phone's iCloud.

And, voila! Your friend's phone is donzo (for a moment or two).

I haven't tried this out for myself because I'd like to think I have a heart, but if  you feel compelled to try it, be prepared for the backlash.

Citations: A three-character message is enough to render an iPhone useless (Mashable), This Text Will CRASH ANY iPhone! (YouTube)