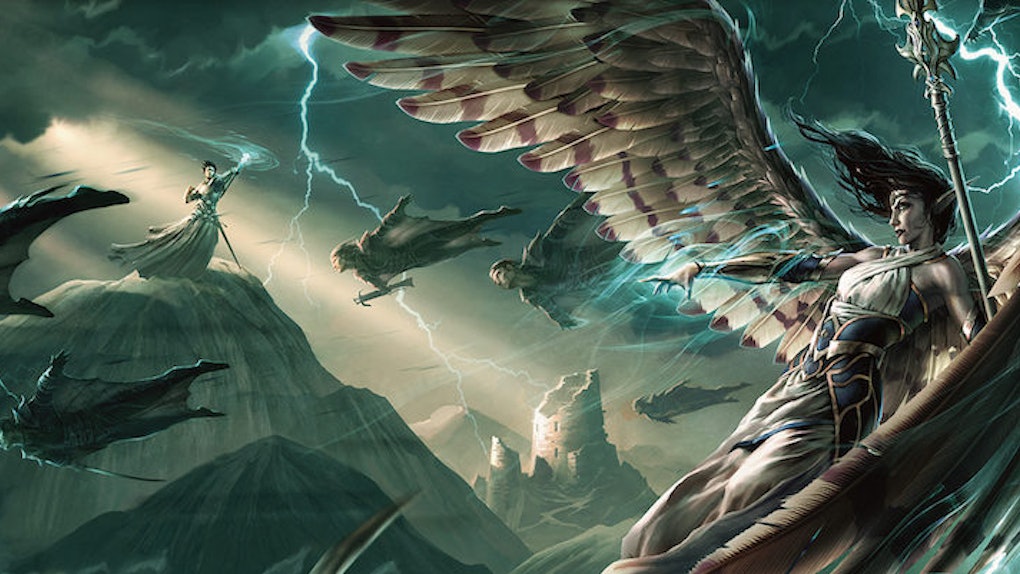 Monsters In 'Dungeons & Dragons' Cover Up Their Boobs

"Dungeons & Dragons" is preparing itself to appeal to a much wider audience, balancing out female nudity with a healthier dose of bare-chested male creatures in its newest "Monster Manual."

Yep, that's right: "D&D" is catching on among the ladies. And that means, in 2016, nudity is no longer at the forefront of the game.

In fact, traditional creatures, like nymphs or harpies who were always known for their allure, are now either nonexistent or covered up.

Overly sexualizing a character is now left up to a player's own discretion, leaving it to overly stimulated nerds to express their own deepest sexual desires in their character designs.

In the game's earliest years, you definitely had a sense of nudity (looking at you, topless succubus in the 1st edition 'DMG' ['Dungeon Master's Guide']!) as something that was becoming a common counter-culture of the time.

And by common counter-culture, he means the blatant T&A thrown at drooling guys around the world.

Not only did the percentage of female players back in the '70s range from a mere .4 to 2.3 percent, but the game went so far as to actually discourage players from taking on female-based roles by automatically decreasing their strength.

Female characters in the game were also visualized as overtly sexual and over-the-top — they used their large breasts as a means of luring men to their death.

But, in an effort to level the playing field (get it??), "D&D" developers are now covering up the goodies and designing "sexy" characters that take on the male form as well.

While this supernatural entity has been known for flaunting its naked body around, there was never a mention of its male counterpart, the incubus, doing the same.

I mean, c'mon! What does someone have to do to see some monster dong around here?

By the sounds of it, "Dungeons & Dragons" is finally stepping out from behind the shadow of its nerdy, glasses-wearing creators who developed depictions of women they still could only look at, but not touch.

A video/board game that's getting with the times? Sounds pretty lit, if you ask me.