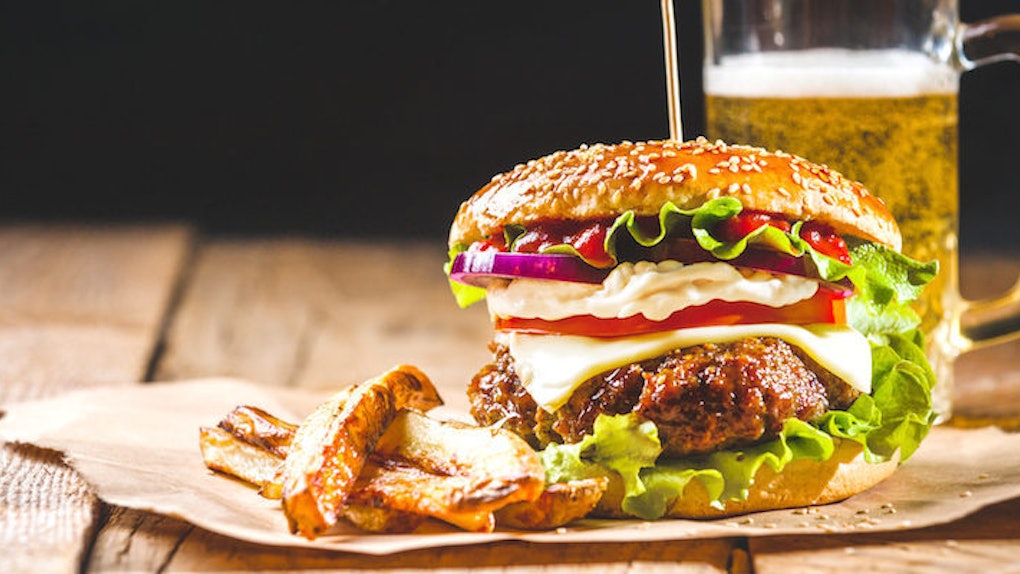 Fact: When you're drunk, you're prone to make regrettable decisions.

But, when vegetarians drink, they apparently right all their wrongs.

According to a new survey, one in three vegetarians confessed, when they drink they make the very wise and very delicious decision to say “f*ck vegetables,” and stuff their faces with meat.

This juicy tidbit was uncovered after UK-based company VoucherCodesPro surveyed 1,789 plant-eaters to see exactly where their taste bud loyalties lie.

“Lie,” is the operative word here.

And while an impressive 34 percent of self-proclaimed vegetarians admitted to chowing down on our furry friends, a whopping 69 percent said they do so in secret.

Although, let's be real, they're probably only staying quiet to keep the drool from dribbling out of their mouths as they recall their tasty transgressions.

So what meaty morsel do vegetarians reach for?

Burgers and kebabs are reportedly the late-night go-tos for the vast majority of drunketarians.

The rest, according to the survey, indulge in bacon, fried chicken, or pork sausages  —  because if you're going to go for it, you might as well go for it, you know?