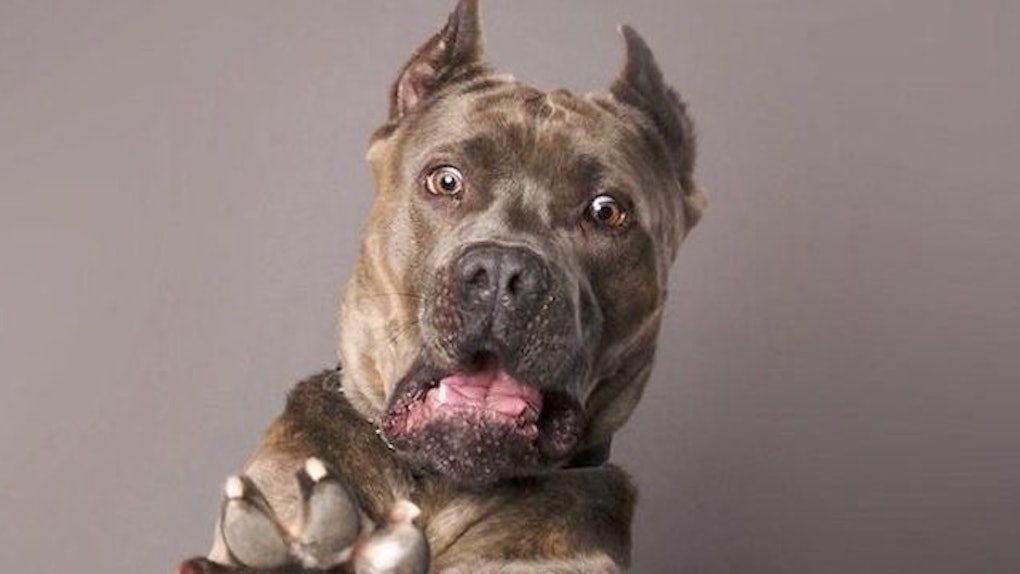 Dog's Reaction To Catching A Toy Gets Photoshop Makeover

When the internet gets ahold of a photo of a cute dog's priceless facial expression, you can expect an epic Photoshop battle to take place just before it goes viral.

That's exactly what happened after a Reddit user shared a photo of their dog's intense face while playing with a toy. Redditor Rocklou uploaded a photo captioned, "dog trying to catch toy with his paws."

People were pretty creative as they worked a spooked pup into a bunch of obscure, random backdrops.

Here's Reddit user Rocklou's original photo of his dog's crazy facial expression while attempting to catch a toy with his paws.

Once fellow Redditors got their paws on the photo, the race was on.

Who will craft the best edit of an already epic photo?!

Some of these are just TOO good.

Who knew this dog was at one of President Trump's rallies?

Apparently, he starred in the "Scooby-Doo" movie, too.

When he's not being scared with Shaggy and Trump, he's brawling on the ice during hockey games.

Lastly, my personal favorite: the aftermath of that hockey fight.

You can always count on the skillful photoshoppers out there to get to work as soon as they come across a photo that's already wacky enough.

Hey, I'm not complaining. As a matter of fact, I want MORE. Luckily, a generous Photoshop warrior out there went the extra mile and edited the dog into a GIF I'll probably have saved on my computer for decades.

It's that damn good... Without further ado, I present to you "Holy Shit, I'm About to Get Knocked the Fuck Out" dog:

Don't you just LOVE the internet?

Citations: Dog valiantly trying to catch a toy gets the Photoshop battle he deserves (Mashable)