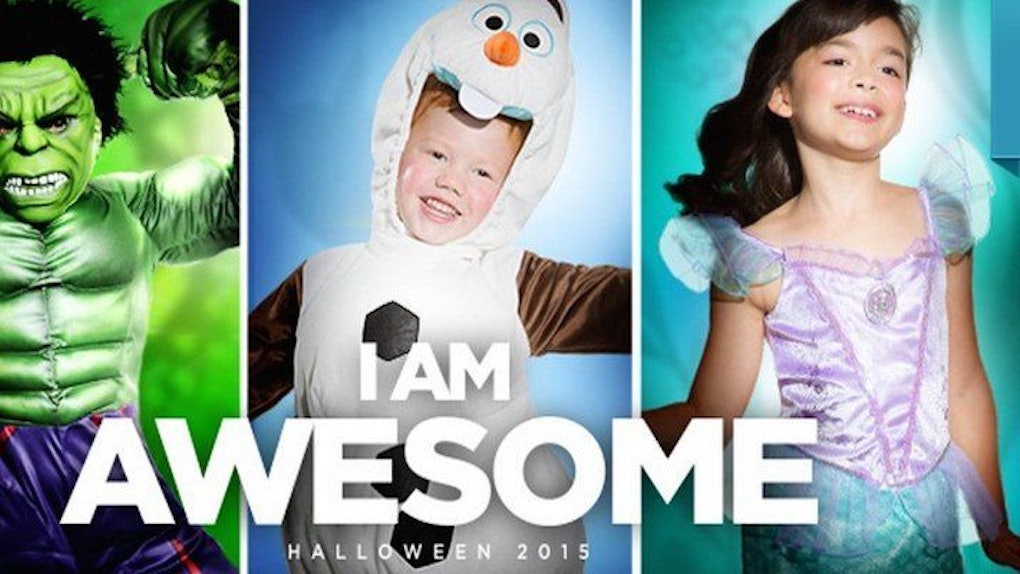 Disney Might Be Removing Its Gender-Specific Labels From Kids' Costumes

A lot of kids will have the dopest Halloweens ever this year.

Why is that, you ask?

Because the Disney Store officially ditched its antiquated gender rules and integrated all children's Halloween costumes onto one awesome page. Convention be damned.

In the past, the Disney Store -- like most stores -- divvied up its Halloween costume offerings by gender, listing all of the princess and fairy costumes on a "girls" page and all of the superhero costumes on a “boys” page.

The implication, of course, was only boys could be superheroes and only girls could be princesses. That's not only false, it's wrong and potentially damaging to a child's psyche.

The new kids' Halloween costumes page is a huge improvement on the norm, because it finally presents the costume offerings as available to any child, regardless of gender.

A further examination of the website reveals toys were also made available to both genders.

In the past, one had to search the boys' toy section for certain toys and the girls' toy section for others. Now, a number of the links for boys' and girls' toys lead to the same page -- a page including a wonderful mix of Barbies, "Star Wars" figures, toy cars and castles.

Though a "girls" category and a "boys" category still exist on the website's header, many links lead to gender-neutral spaces. That's a huge step in the right direction for Disney, a company notoriously associated with perpetuating outdated and limiting gender stereotypes.

A round of applause is in order for whoever made the executive decision to finally enter the 21st century. Disney, it's about damn time.

Head to the Disney Store to check out the revamped site for yourself.