But apparently, she has no technique: The guy getting head can't stop complaining about it.

The guy holds the camera in front of his face and pulls a whole range of expressions. It's surprisingly hypnotic.

Suddenly, he wails in pain and lashes out at his lady's BJ methods.

At one point, he smiles and poses for a photo. Then, he goes back to providing a bizarre running commentary on the oral.

He even responds to comments flooding in, and clarifies he will not be returning the favor by going down on his Mrs.

Every time you go right -- it be like -- OOOOH MY GOD. On the tip of that mother fucker. I ain't eating now pussy now, not on Facebook Live. I'mma eat some pussy later on.

It sounds like she's into some freaky ass play as well. He demands she stop eating his butt.

The stream ends with more wailing and nonsensical chat.

The video goes on for a good few minutes, but I challenge you to press play and not finish it. Beats a night out at the opera, hands down. 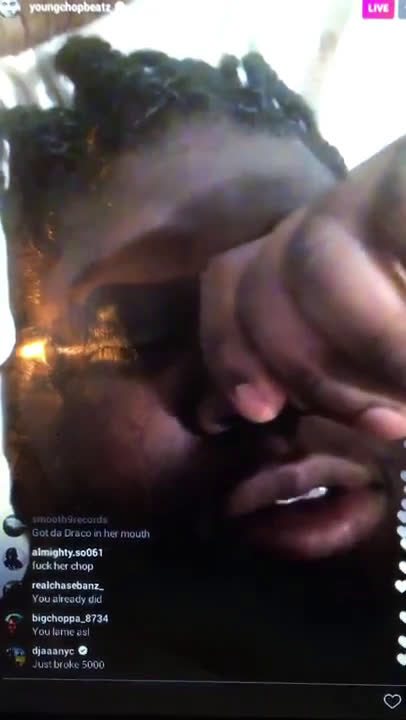 More like this
If You Think You Have A Praise Kink, Read This
By Tianna Soto
5 Casual Dating “Rules” To Follow With Your FWB Or Hookup Buddy
By Naydeline Mejia
Here’s How To Tell Someone You Want To Keep It Casual
By Naydeline Mejia