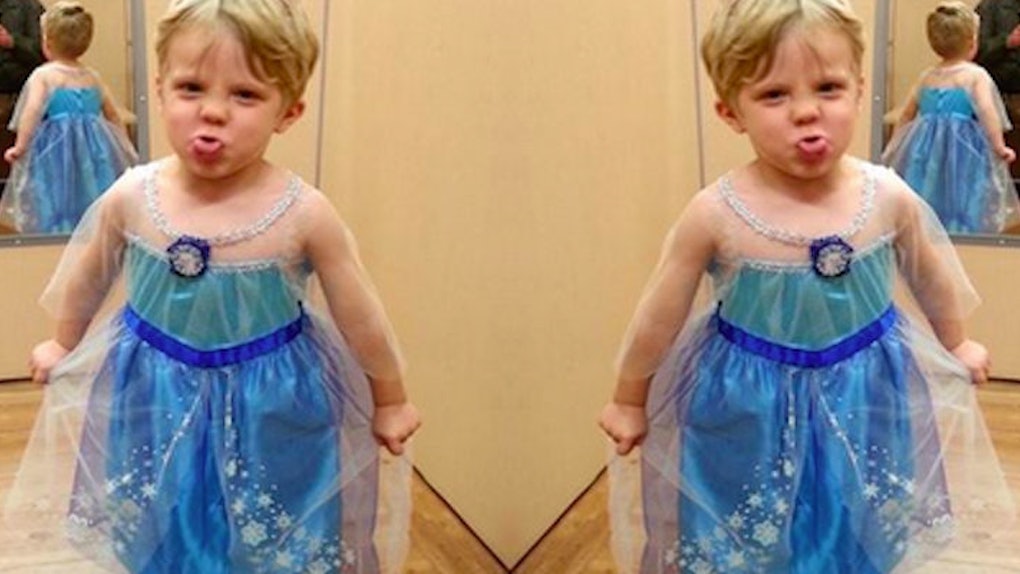 When it comes to gender norms on Halloween, Paul Henson wants society to “Let It Go.”

When Henson's son Caiden was asked what he wanted to be for Halloween, he knew he wanted to go as Elsa from Disney's “Frozen.”

TRY THIS ON FOR SIZE, SOCIETY!

Anyone that knows us, knows we generally let Caiden make his own choices, to an extent. Well, he has decided on a... Posted by Paul Henson on Sunday, October 4, 2015

This is great for two reasons:

2. SHOWING APPRECIATION FOR DISNEY ANYTHING IS GENDER FLUID! Elsa is a badass and the fact this kid wants to emulate her any way he can shouldn't be limited by the fact he has a Y chromosome.

Citations: This Dad Is Icing Gender Norms By Dressing Up As Anna And Elsa With His Son For Halloween (MTV)