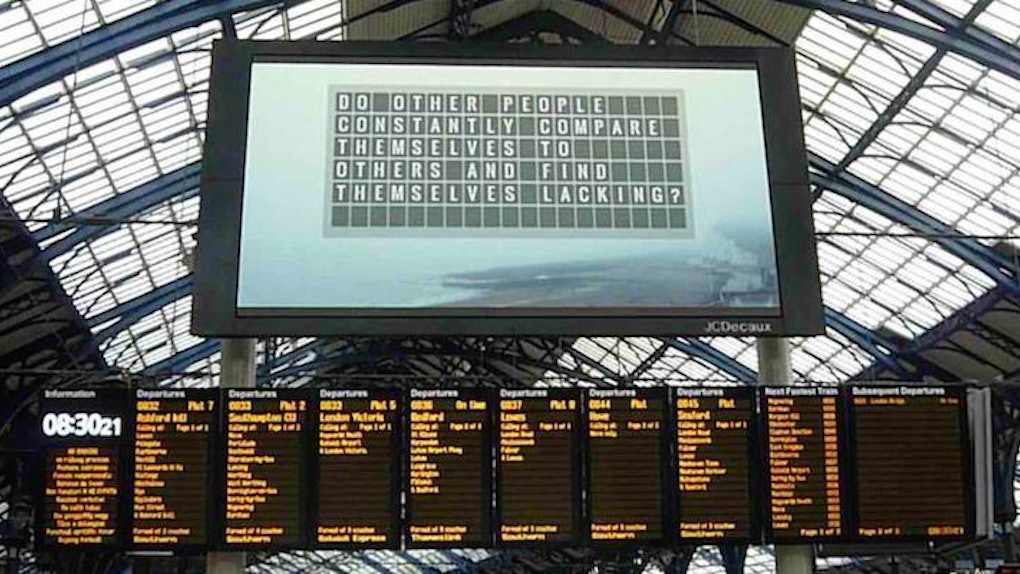 Anonymous Confessions Are Being Shown On Huge Screen At Train Station

The project, called “The Waiting Wall,” involves a constantly changing screen that features anonymous, user-submitted confessions and hangs above a timetable at the train station.

The idea behind the project came from author and philosopher Alain de Botton's vision of turning Jerusalem's Wailing Wall into something more globally accessible and modern.

In his book “Religion for Atheists," he wrote,

An electronic version of The Wailing Wall… would anonymously broadcast our inner woes… The wall would offer a basic yet infinitely comforting – public acknowledgement that… none us are alone in the extent of our troubles.

“The Waiting Wall” is the brainchild of technologists Steven Parker and Alan Donohoe.

The duo makes up the creative digital storytelling partnership Free The Trees, which boasts the tagline,

We write stories. Just not on paper.

In order to submit messages to the screen, users go to TheWaitingWall.com and post what they're feeling.

The display is part of the Brighton Digital Festival and will be running until September 27.

Citations: British peoples secret confessions are being displayed in a train station (Mashable)