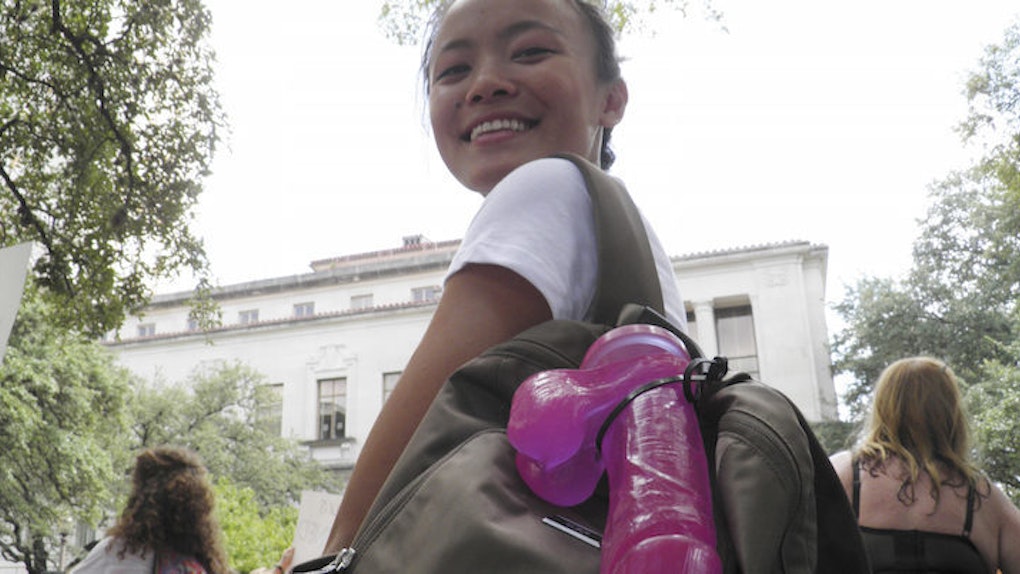 The law made it so that, starting August 1, 2016, licensed owners can hold concealed handguns on university campuses in Texas.

But again, I'd like to highlight the fact bringing a deadly weapon to class is totally fine.

Here are the UT rules regarding "obscenity":

Subchapter 13–200. Prohibited Expression, Sec. 13–201. Obscenity No person or organization will distribute or display on the campus any writing or visual image, or engage in any public performance, that is obscene. A writing, image, or performance is “obscene” if it is obscene as defined in Texas Penal Code, Section 43.21 or successor provisions, and is within the constitutional definition of obscenity as set forth in decisions of the United States Supreme Court.

As a response to this madness, UT student, Jessica Jin has decided to start a movement encouraging students to "fight absurdity with absurdity".

Jin's protest, called #CocksNotGlocks, started last year and is back this semester better than ever. This year's protests started on the first day of classes, August 24, 2016.