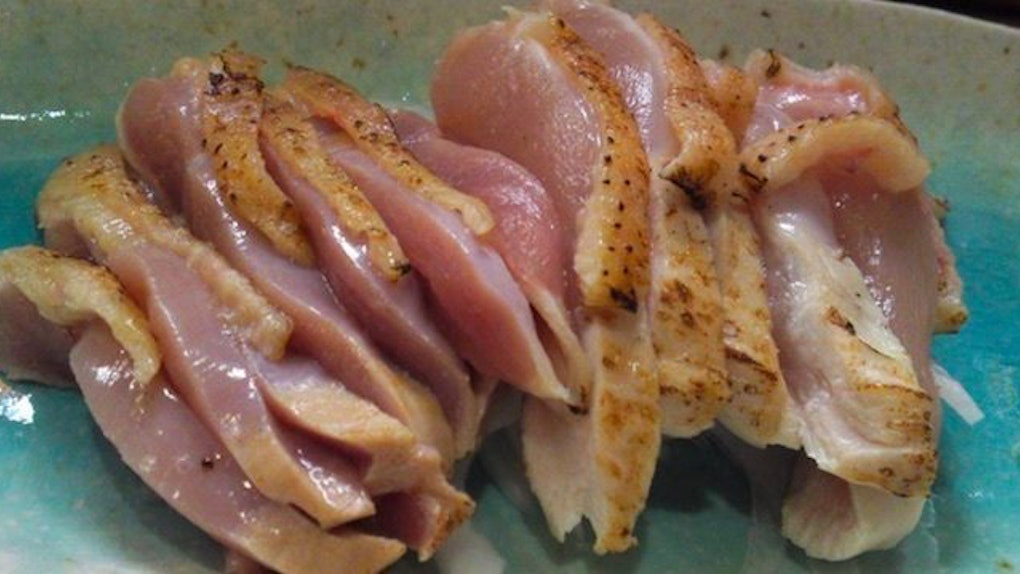 A seemingly clueless girl named Morgan Jane Gibbs thinks it's perfectly OK to consume a pile of pink, fleshy, raw chicken — and we can't help but gag a little.

Apparently, Morgan is so convinced consuming uncooked chicken is the norm that she posted a photo of the heap of soggy meat onto Facebook and called it "clean eating."

This, my friend, is not clean eating.

If one wishes to eat a raw piece of chicken, he or she will easily consume that pesky little bacteria called salmonella. In which case, the person's poor body will go on a "cleanse," but it's definitely not a pleasant one (if you catch my drift).

Regardless of the knowledge we thought was common, Morgan seems oblivious.

Her Facebook post, which is quickly going viral, is sending the internet into a whirlwind of bewilderment.

The photo is captioned,

Just made chicken medium rare chicken strips. They're so good can't believe ive neever tried it like this before. Can't wait to dig into this with my homemade salad and veges. #healthy #newyearsresolution #clean #cleaneating

As imagined, her friends immediately became confused, warned her about salmonella and told her she shouldn't eat it.

Stubborn as ever, Morgan resisted and claimed,"It's not salmon though, it's chicken."

She's not giving up."Try it, it's surprisingly good."

The photo was so mind-numbingly bizarre it eventually made it's way to Twitter, and quite frankly, chicken lovers are both upset and disgusted.

But out of everyone who became angry and nauseated at Morgan's attempt at a "healthy chicken meal," she's lucky one person in particular hasn't seen the photo yet.

His name is Elijah Quashie, but he goes by The Chicken Connoisseur. He makes a living by reviewing fried chicken.

If Elijah came across Morgan's sad excuse for a chicken, I think he'd probably quit his day job and lose faith in poultry-loving humanity.

Although so many folks are up in arms about her raw chicken dinner, I can't help but think it's just a twisted scheme to go viral.

Citations: 'Man didn't even have burger sauce. How can I respect you?': Chicken Connoisseur shoots to internet fame by reviewing London's fast food joints in search of the 'pengest munch' (MailOnline), This girl is making the internet feel nauseous with her 'medium rare' cooked chicken (Metro)