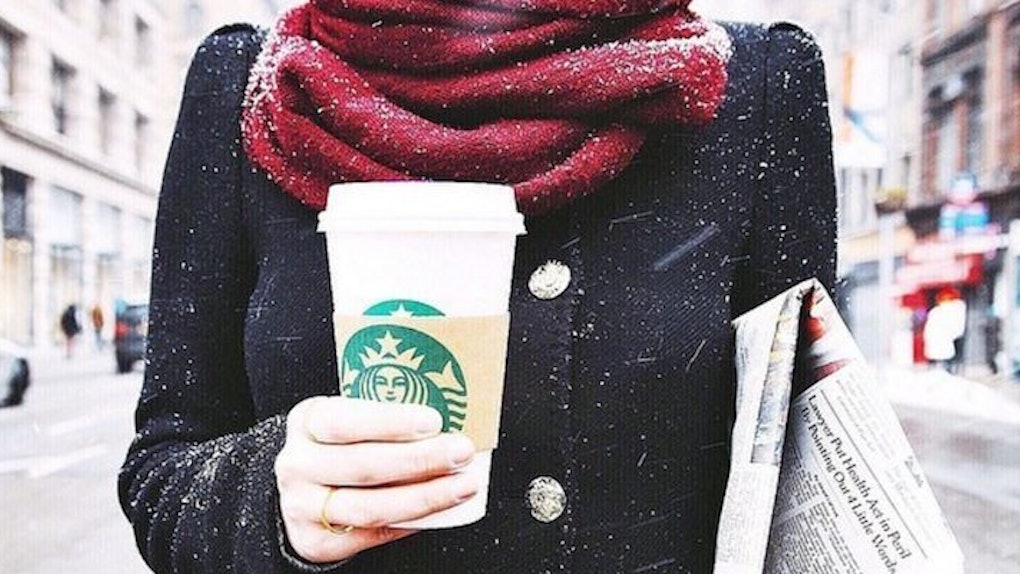 As a Jewish-American, I can say I don't feel represented during the holiday season.

Yes, we get an aisle or a few shelves in stores for Hannukah and other Jewish holidays during the year, but Judaism is not the major religion in America.

I'm perfectly fine with that because I'm not the majority.

As the song goes about Christmas, "It's the most wonderful time, of the year," and I agree.

It's a time to be with family, to come together to celebrate, to eat and be merry.

Children get off from school, families come together from near and far and there are endless amounts of activities to partake in.

Starbucks has come under fire after debuting its newest holiday cup, which is a few shades of red.

Call me crazy, but I don't comprehend the anger.

The red cup is a symbol of the holiday season, and while in the past, it has featured countless holiday/Christmas themed designs, the creative team at Starbucks wanted to do something different this year.

There is no right or wrong way to be festive for the holidays when you're a major corporation.

America is a melting pot of different cultures and religions.

Every religion wants to be equally represented, but unfortunately this doesn't always happen.

The biggest problem I have with the outrage over the red cup at Starbucks is the holiday season has become extremely commercialized. The spirit of the holidays is now lost.

I watch countless advertisements on television starting in November, nearly two months before Christmas, for people to get their loved ones great gifts.

The holiday season has become extended so significantly each year that all our holidays are blending into one another.

Our marketplaces are flooded with holiday themed everything; there is no clear separation of holidays.

Children are taught to be accepting and understanding of those different from them, but when they go home, they have to deal with parents who don't share those same lessons.

Older generations are outraged by the tiniest plight against their religion.

The United States of America was created for people who were looking to be different, who didn't want to follow one organized religion and way of life.

They didn't want to be persecuted.

So how is it that in 2015, we have essentially turned back the clock and are hating on one another for having different beliefs?

The American commercialization of the holiday season has created a divide amongst its citizens by pitting the religious against the secular.

People are always going to find a reason to be angry, and religion is the one catalyst that can bring people together and against one another.

Christmas means different things to everyone and why does a major American corporation have to come under fire for their choice of how they want to celebrate the holiday?

As I write this piece, I'm watching the ladies of "The View" discuss this topic, and it baffles my mind this outrage is given national attention.

The holiday season is meant to be festive and make people feel good.

It's meant to bring joy to people and it's meant to give customers a taste of the holiday season (Peppermint Spice lattes included).

Let's keep religion out of commercialization and enjoy one another's company in the holiday season.