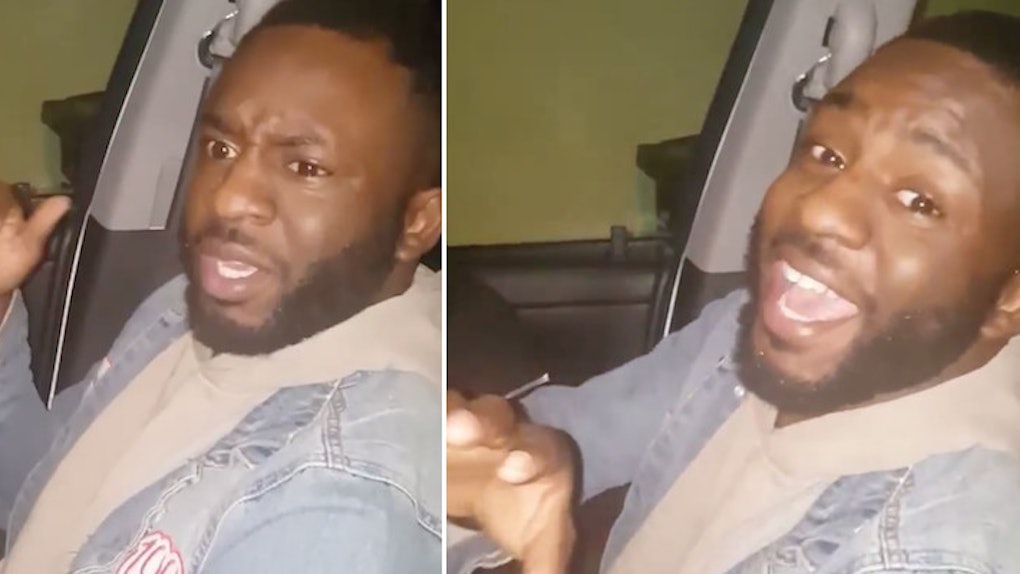 Oh, how times have changed.

It is no longer satisfying to seek revenge on your cheating ex with a slew of subliminal tweets and screenshots of your hopeful Tinder conversations with other people. The go-to techniques of the past just don't do that much damage anymore.

These days, if you're REALLY looking to make an impact on your ex's life and prove to them how badly they fucked up, you're going to want to find yourself a dope beat, a steady cameraman and a glass of whiskey.

That's exactly what one guy did after his ex-girlfriend cheated on him.

Instead of losing his cool and doing something he might regret, he decided to lay down some hard-hitting bars over a smooth hip-hop instrumental about the whole ordeal.

A rapper named Poodieville is shaking up the internet with a viral video of him rapping about how his disloyal ex cheated on him and told him they should "just be friends."

Whiskey in hand, he starts off by rapping,

Man these hoes ain't loyal, They ain't nothing to invest in, She'll tell you she loves you, dog, Then go and fuck your best friend

Poodieville goes on to call his ex-girlfriend a "demon" and recounts the time he walked in on her having sex with another man in the same bed he shared with her.

If you really think about it, this dude should probably release an entire album about his horrifying experience with this now-infamous ex of his. It sounds like he's got endless stories to tell!

The video first hit Twitter after user TakeThisCurve uploaded it.

The video was accompanied by a message, reading,

Never cheat on a man who's fire on a track.

I guess they were right.

If you're the type of person that can't help yourself from cheating, don't be surprised when your boyfriend or girlfriend drops the SICKEST diss song about your unworthy ass.