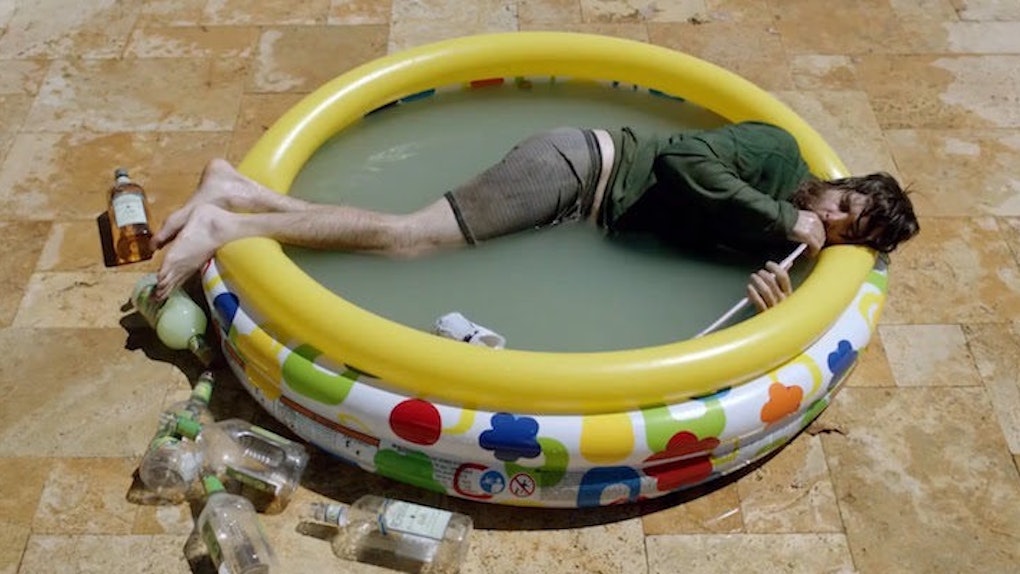 A heat wave is coming to Los Angeles this weekend, and while that may not sound like news for a city that is technically a desert, 100-degree temps come as a shock when you've been chilling at a brisk 70 all year.

So, what's an Angeleno to do?? To avoid frying like an egg on blacktop this weekend, go with any of these 10 affordable options for beating the heat.

Contrary to common belief, it does snow in Los Angeles, and it's delicious. Snow is basically a more refined version of Hawaiian shaved ice, and it's more flavorful because the ice itself is often frozen coconut milk. If you're in Hollywood, check out the fan favorite Spoon By H, and if you're farther on the west side, make sure to stop by Blockheads Shavery. And for our east side readers, check out Snow Station in Eagle Rock.

You'll be wondering why you weren't stuffing your face with snow sooner.

Camp out at a museum.

Among many other qualities, museums have two awesome things going for them on a hot summer day: art and air conditioning. The Getty might be one of the most magical places to be on a hot day. You get a pristine view of the smoldering city all while sitting in the shade, sipping on spritzers. Many museums are also free to attend -- something your energy-sucking swamp cooler can't compete with.

Sit on the beach.

But not just any beach. Going to Santa Monica or Venice sounds like a no-brainer until you consider the thousands of other no-brainers bound to flock there. Hit up smaller, more secluded beaches like Leo Carrillo State Beach or La Piedra State Beach, which are both right off of PCH. You'll be glad you took the road less traveled by -- mainly because there's less traffic on it.

Jump in the pool.

OK, here's another seemingly obvious one, but it's a reality we often forget about when a heat wave hits LA: There are pools everywhere! Skybar at the Mondrian in West Hollywood, for example, has a gorgeous rooftop pool that's perfect for dipping toes. They'll also be hosting movie nights every Monday this summer.

While most of these hotel pools seem like you need a mani-pedi just to get in, don't let their swanky surfaces fool you. Lots of poolside events are free as long as you RSVP online. One restaurant, Tart, will even give you a 50 percent discount if you jump in their pool with all your clothes on! Sounds like a win-win to me.

Make your own pool.

Think kiddie pools are just for kids? Think again. You can buy a kiddie pool at CVS for as little as ten bucks and be on your way to personal pool bliss in minutes. The best part about being an adult with a kiddie pool is that you can fill it up with whatever you want. So go nuts.

Chill out at the cemetery.

LA is kinda famous for putting on amazing outdoor movie nights in the heart of every legend's favorite resting place, Hollywood Forever Cemetery. Bring a picnic, settle down next to a grave and watch a different movie every Saturday for just $15 a ticket. They also build a dope photo booth to go with the theme of each film. It's way more fun than a regular movie theater, and you'll get chills just thinking about all the dead people lying around you. Trust me, it works!

Float through a water park.

Why sit in the splash zone when you can BE the splash zone?! Raging Waters, the biggest water park in California, isn't just a giant splash center; it's a nostalgic hotspot for all SoCal kids. And depending on when you buy tickets, you could spend just $30 to $40 to travel back to the '90s for a day. Not bad at all.

Slushies are great and everything, but they're infinitely better when spiked with alcohol and served by sexy waiters. That's what you'll find at Gracias Madre. See you there in five?

Yes, water jet pack competitions are actually a thing. If you don't have a jet back of your own (noob), you can rent one for about $130 from JetPack America, which is based in Newport Beach. While this option is by far the most expensive option on the list, you'll definitely cool down and you'll be flying with a WATER JET PACK. It doesn't really get better than that.

It might sound extreme, but if you're panicking that you'll never feel cool again, cryotherapy will definitely set you straight. Basically, you stand in a chamber that's -240 degrees Fahrenheit for a few minutes while your head stays above the cold in room temperature. The process is a favorite among athletes as it's meant to help with muscle repair. Most businesses claim you'll burn 400 to 800 calories in the process, so you can also get your workout in without breaking a sweat. For $65, I'll pay to cheat my way around a workout any day.