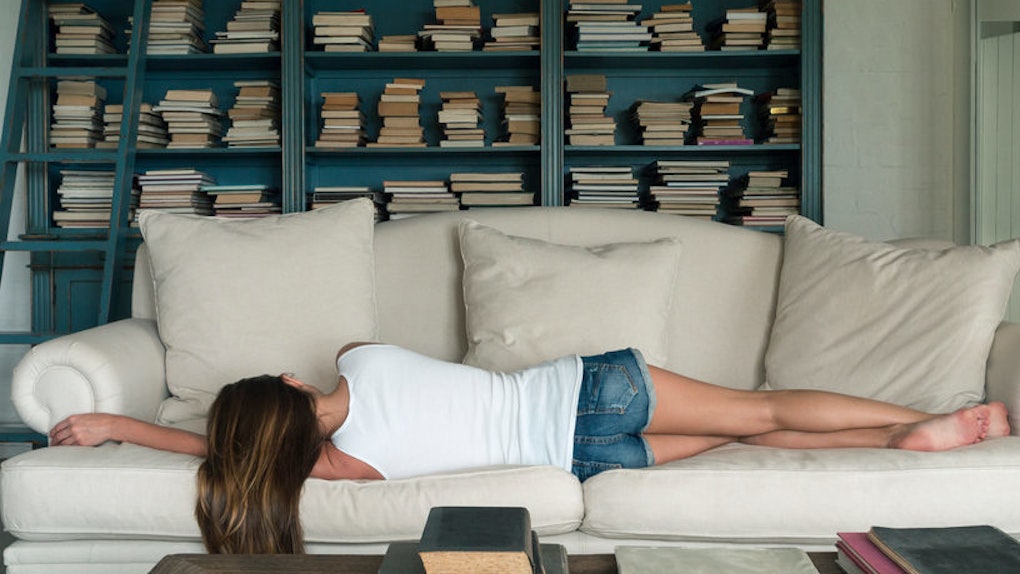 We all have the same complaints: Our jobs stretch us thin and we don't get enough sleep... but literally everyone is super exhausted all the time. That's what you get for living in the city that never sleeps: You virtually never have time for some shut-eye.

Yesterday, singer/actress Rita Ora was hospitalized after attending the Glastonbury Festival this past weekend and being at a photo shoot Wednesday morning. The diagnosis? Exhaustion. No shade to Rita (sending her good vibes and all), but really? Exhaustion?

Today was pretty tough but I'm getting through it thank you all my fans and friends for the support! I love you!❤️❤️ pic.twitter.com/kmn9Qr7IvZ — Rita Ora (@RitaOra) June 30, 2016

The thing is, the only people who ever seem to be hospitalized for “exhaustion” are celebrities. Sure, OK, I'm sure you're working really hard and are sometimes worn out, but I'm curious to know how much exhaustion warrants an IV drip.

In my world, if you're super tired, you take a nap. You don't hit up the hospital; you pop a Tylenol.

I'm not saying you need to avoid going to the hospital if something is truly wrong, like your fever is above 104 degrees or you feel seriously ill. But making a pit stop at the hospital to take a glorified (and expensive) nap just seems like a waste of energy on everyone's part.

Who knows? Maybe I'm completely wrong, and Rita was truly in bad shape and needed some medical assistance. I'm not a performer, and I don't know her life. But as someone who has experienced her fair share of extreme fatigue, it just seems like a bit much to me.

Fatigue, AKA exhaustion, presents itself in easily-remedied symptoms (think feeling feverish or lightheaded and achy). Those symptoms can all go away by popping a Tylenol and spending the afternoon taking a good, old-fashioned nap. If those symptoms don't seem to be going away, call a doctor. A hospital should be an absolute last resort.

Next time, don't be afraid to take an extra nap or take a day off from work. Your health should always be a priority. Feel better, Rita!