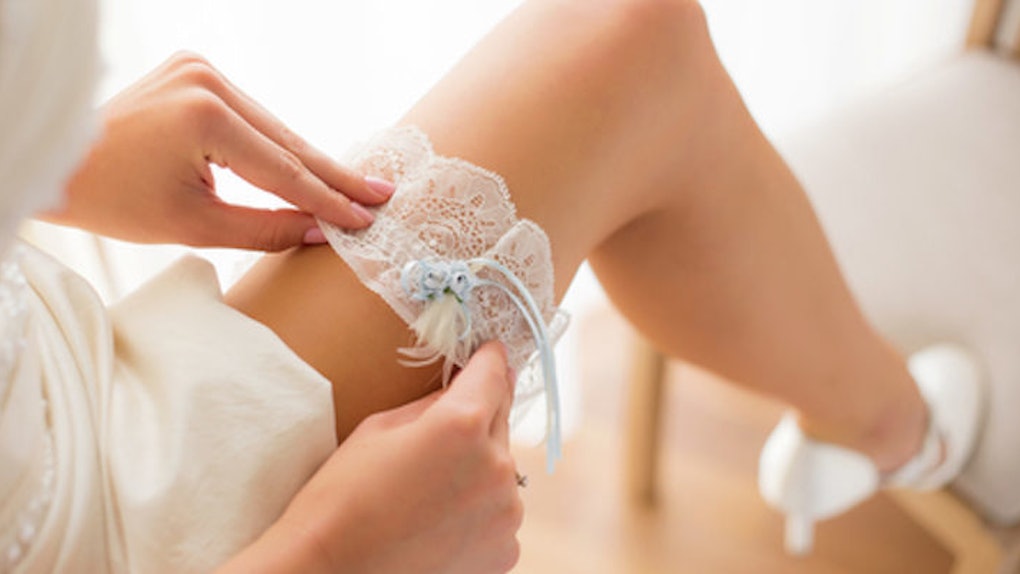 On their wedding day in July, Bresciani sought to show her husband, Victor Ruiz, just how sexy he makes her feel.

Her master plan included a surprise dance with a little Beyoncé, Aretha Franklin and her very own "Trap Queen[s]," aka her bridesmaids.

The video above is nearly four full minutes of Bresciani solo-dancing, tap-dancing and generally working it out on the dance floor in a routine choreographed just for her man.

Much to Bresciani's surprise, Ruiz also put together a routine for his bride, which included the men of the bridal party twerking to Michael Jackson, "Tootsie Roll" and some sensual R&B.

So a lot of you have been asking me to see our surprise dances at our wedding so here it is! My husband Victor Ruiz and his friends surprised me with a dance and little did he know I had a surprise production for him as well. Heres the #GroomsDance posting #BridesDance soon #TBT #VRwedding2015 Posted by Renata Bresciani on Thursday, October 15, 2015

This Miami power couple has successfully redefined our relationship goals.

See more photos from the Bresciani-Ruiz wedding on Instagram with the hashtag, #VRwedding2015.