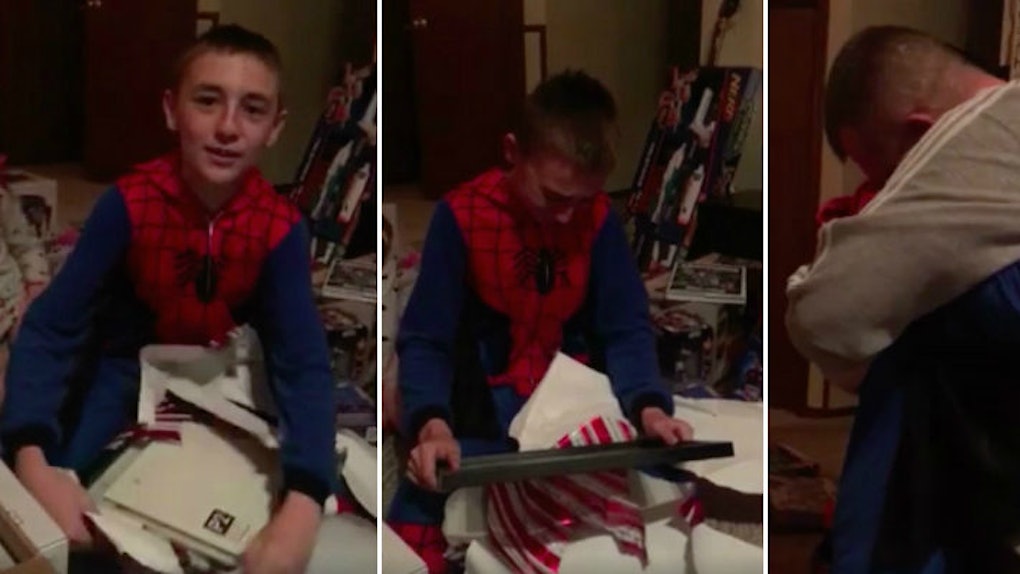 The holidays are always a perfect time to celebrate your family, and even to help it grow a little.

A lot of times, that comes in the form of a proposal, or maybe a pregnancy announcement.

But this Christmas gift is something 11-year-old Landon had been waiting for since he was five years old.

[Landon] really wanted to be adopted by [my husband] Daniel and have his last name changed. And we felt it was finally time!

Janelle and Daniel have been married for ten years, and Landon often spoke about how much he wanted to be adopted by his stepfather.

When he was about five-years-old we heard it first. Because he said he wanted to "marry daddy" the way I did, so he could have the same last name. At his fifth grade graduation in May, he was called up to the stage to get his "diploma" and he told his teachers he wanted to go by Landon Rice (rather than his birth last name) — that's when we knew we had to begin.

Daniel was working on the very long process of adopting Landon for months without letting on that this would be his Christmas present this year.

Landon is treated just like Janelle and Daniel's biological children and the couple doesn't actually see it as anything more than a legality.

Landon has, and always will be, treated like Daniel's own.

But it obviously meant the world to Landon.

Written on Landon's certificate is a quote by Friedrich Schiller, a German writer who penned the play "The Robbers." It reads:

It's not flesh and blood, but the heart that makes us father and son.

Citations: Try not to cry as this 11-year-old opens the gift he's always wanted (Mashable)