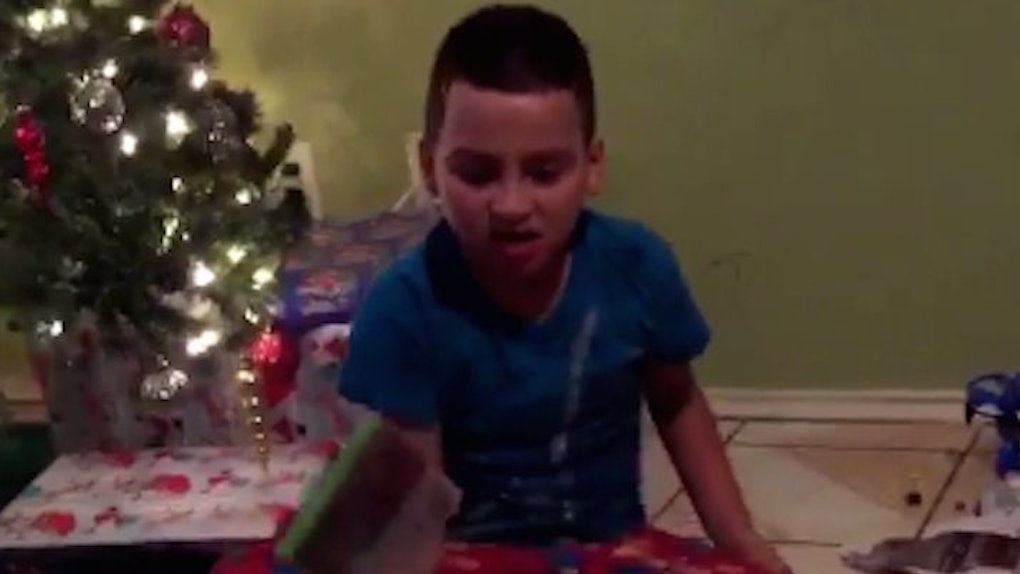 When you're young, the holidays — Christmas in particular, for those who celebrate — are of the utmost importance. Many children spend the entire month of December eagerly anticipating Christmas, looking forward to unwrapping Santa's (or, mom and dad's) bounty of gifts.

Usually, the mere thought of gifts is enough to make any child grateful for the holiday. But this child? Not so much.

After asking specifically for WW

2k16 (a video game) and instead getting the newly out-of-date WWE 2k15, the distraught boy threw an epic tantrum — all while a family member filmed.

The video showing the boy's hilarious, and admittedly very bratty, outburst went viral almost immediately after hitting Twitter. Most viewers were torn between thinking it was horrible and thinking it was hilarious — a divide I'm still not sure I've been able to decide on yet.

Check out the video, below, and remember: It's the thought that counts.

Citations: This Kid Was Furious When He Got The Wrong Present For Christmas (BuzzFeed)