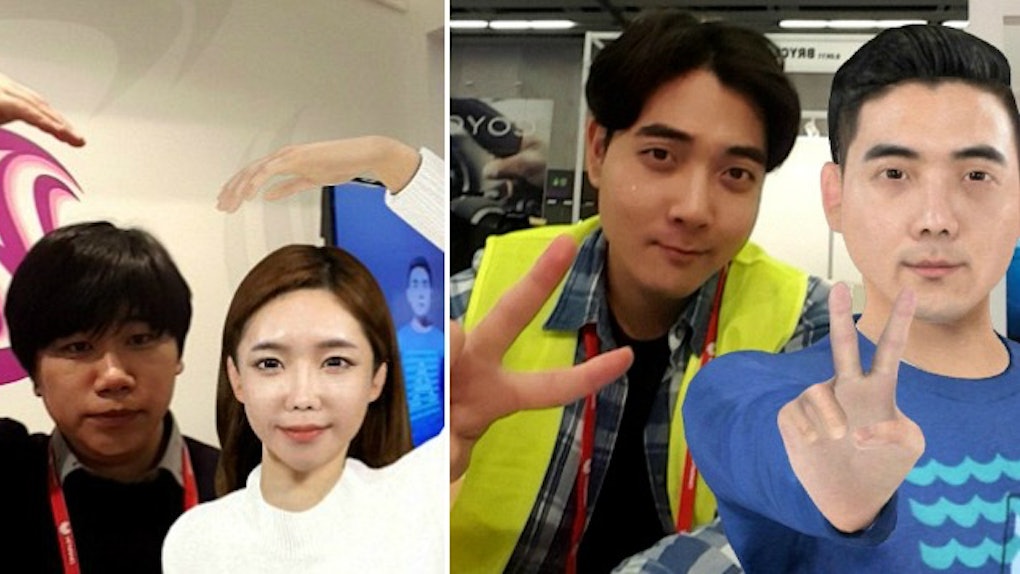 The future is finally here, and it's freaking me out.

A South Korean firm named ELROIS has found a way to resurrect the dead, but before you re-watch "Pet Cemetery" and the last season of "Game of Thrones" to prepare for the undead army, know this:

It's all done through an app, which is called With Me.

The app lets people interact with avatars of their dead loved ones by sharing selfies and chatting with them.

I know, I know. Something very similar went down in "Black Mirror" to very creepy results.

Not only does the app employ 3D technology, it uses artificial intelligence to nail down the personality of those deceased.

Step one? Using a 3D booth, create a 3D scan of the person you want to remember when they've shuffled off their mortal coil.

Step two? Upload that scan to the app and watch your friend be turned into an avatar (not a James Cameron avatar, but still pretty cool).

Step three? Wait for your friend to die, I guess. So, uh, in the meantime, I guess read a book? Clean your room? That usually takes 30-40 years, right?

Step four? "Talk" with them using the app's artificial intelligence or take a selfie with them. Will there still be selfies taken by the time your friend has died?

I have no idea and don't care because I'll be an old, belligerent man by that point.

Not creeped out enough yet? The avatar can track your face and appearance. It'll even remark when it notices a change in your appearance, which is not freaky at all!

ELROIS is currently working on an Avatar Cloud Service, which would allow you to upload your avatars, buy it some nice clothes and purchase celebrity avatars.

Now, nothing will stop me from taking a selfie with Kylie Jenner. NOTHING!

Citations: The app that lets you snap a selfie and chat with DEAD friends: 'With me' app uses 3D scans to create AI avatars that 'live forever' (DailyMail.com)