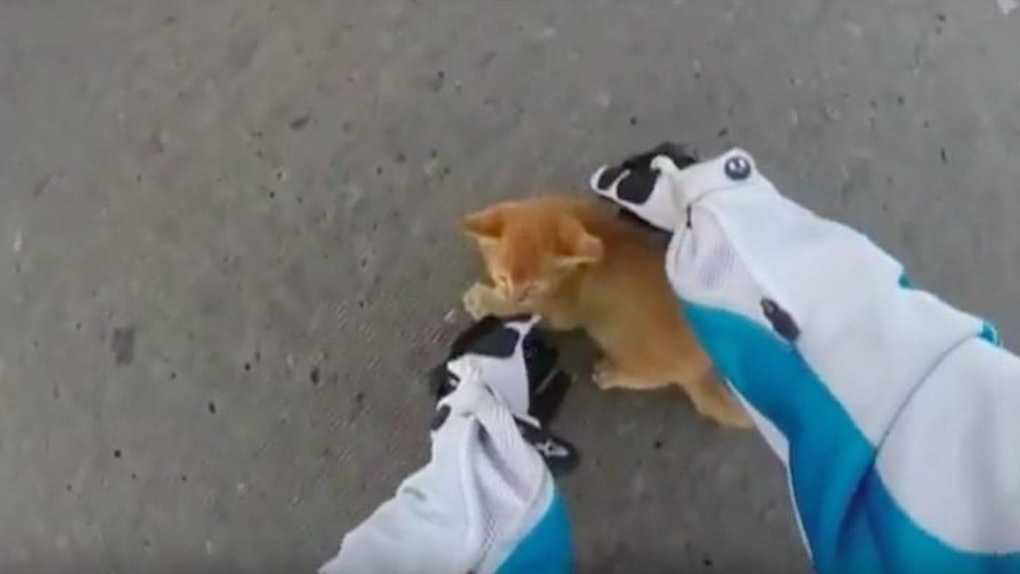 Even a badass biker can't bring herself to look the other way when it comes to a teensy, helpless kitten.

A small ginger kitten was wandering around a busy intersection when a motorcyclist noticed him, at first assuming the kitten was a leaf.

In video footage captured by a GoPro fastened to the biker's helmet, the kitten falls out from underneath a red car and narrowly avoids being squished by multiple vehicles before the woman blocks the intersection with her bike and scoops the scared baby into her hands.

The biker hands the kitten off to a passerby as she rides her bike out of the intersection and into a parking lot.

According to The Telegraph, the biker wrote online,

Thank you to the mystery lady that helped and all the people that paid attention and stopped, it was very appreciated. Kitten… is resting safely now.

The biker reportedly named the feline Skidmark and plans to look after him.