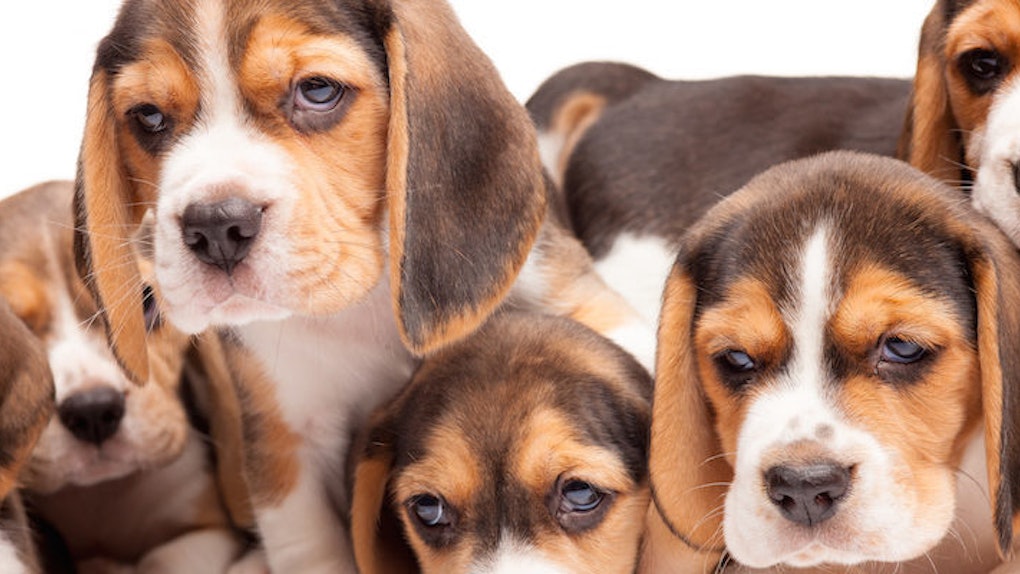 If you're looking to feel all the feels today, I've got good news for you. A video was released on Thursday showing 156 beagles running free for the first time after spending their entire lives in cages as lab animals.

The dogs, mostly between the ages of 2 and 5 years, were kept in cramped cages and fed minimally at an animal testing facility in India. Thanks to activists from Compassion Unlimited Plus Action, an Indian NGO who take care of mistreated animals, plans were put in place that eventually got the dogs released from the facility in Bangalore. Apparently, the poor pups were used for testing in cosmetic product experiments.

Chinthana Gopinath, a volunteer at the NGO said of the newly-released dogs,

They are still hesitant to meet people. When they came out of the lab, they were visibly terrified. They were always kept in the dark and did not know about the outer world. Some could not even walk properly and were wobbling as they had never walked! They looked for dark corners and hesitated when our volunteers approached them. But thankfully none of them were sick.

You need to watch this video (posted above) if you've never been thoroughly convinced to stop buying products that were tested on animals. The sight will both break and warm your heart.

Citations: The moment lab test dogs saw sunlight for the first time: 156 beagles used for experiments and had lived all their lives in small cages are freed in India (Daily Mail)