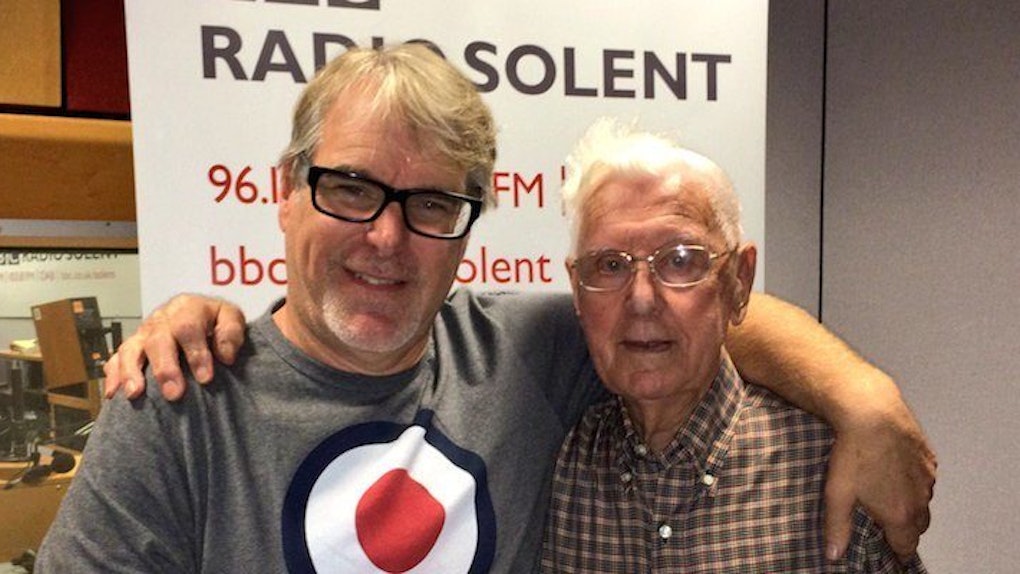 Bill's been having a tough year, but he just made himself a new friend.

One day, when the 95-year-old felt especially lonely, he rang up local BBC Radio Solent host Alex Dyke and shared his troubles on air.

During the call, Bill mentioned his wife. The two married last year.

We knew each other for 30 odd years, and she needed a carer, and I took over the role of carer. Then it became so involved we decided we'd get married… and she fell over and hurt herself and went into [the] hospital and she had to go into a nursing home, and I go down, and I visit her every day. You've got no idea how sorry I am.

Dyke invited Bill down to the station for a morning cup of coffee and, when Bill arrived, greeted him with a big hug.

In a video of the pair's meeting, Dyke tells Bill,

This is a special occasion! Let's do it properly.

Chris Hitchings, a broadcast assistant at the station, told BuzzFeed Bill was “such a nice guy and was lovely.”

Though Bill already insisted he listens to Dyke's show every day, his devotion surely just got a bit stronger.

Bill phoned BBC Radio Solent. He was upset, lonely and missing his wife.Alex decided to invite him in.We sent a cab to pick him up, have a listen to what happened next. Posted by BBC Radio Solent on Wednesday, October 21, 2015

Citations: Radio station invites 95-year-old listener in for coffee after he calls to say he's missing his wife (Mashable), An Old Man Called A Radio Station To Say He Was Lonely So They Invited Him On To The Show (BuzzFeed)