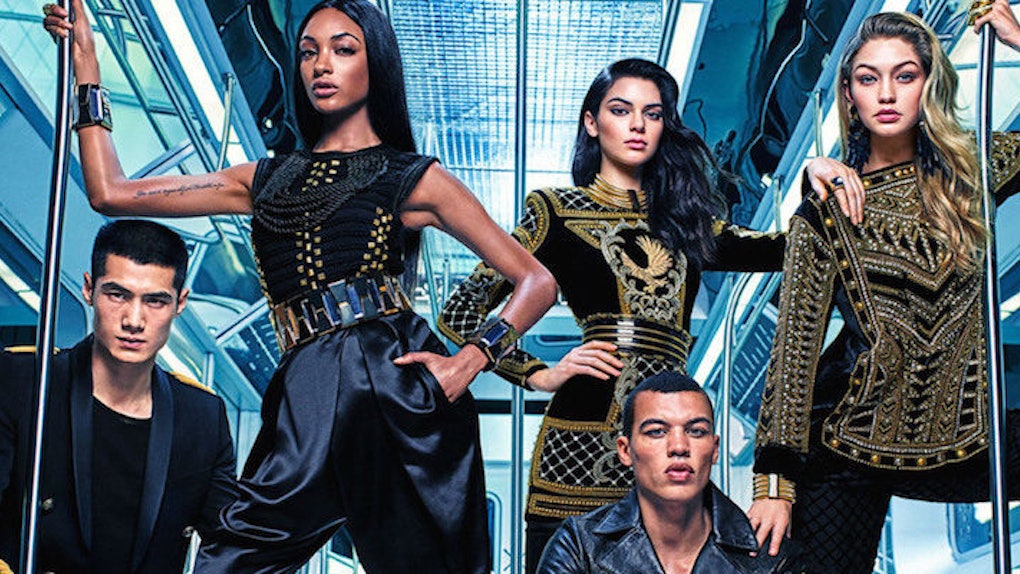 Balmain X H&M was released in stores today, and there were no survivors.

The über-trendy fashion brand previously only worn by Gigi Hadid, various Jenner children and the daughters of oil sheiks recently announced it reached a deal with H&M so fans of the brand could wear the clothing without taking on crippling bank debt.

Balmain x H&M -- which is sadly only a limited-edition collection -- went on sale in stores today, and humanity will probably never be the same again.

WE LIVE IN A POST-BALMAIN-AVAILABLE-IN-H&M WORLD, AND ANARCHY REIGNS SUPREME.

Madness?! THIS IS BALMAIN X H&M!

They may take our lives, but they'll never take out Balmain x H&M!

At the end of the day, most people weren't even able to purchase the clothing as stores nationwide sold out almost instantly.

People have been sharing their affordable high fashion war stories on Twitter.

Don't worry, though, if you missed the sale you can always buy it online for what I'm sure is only a mild price increase.