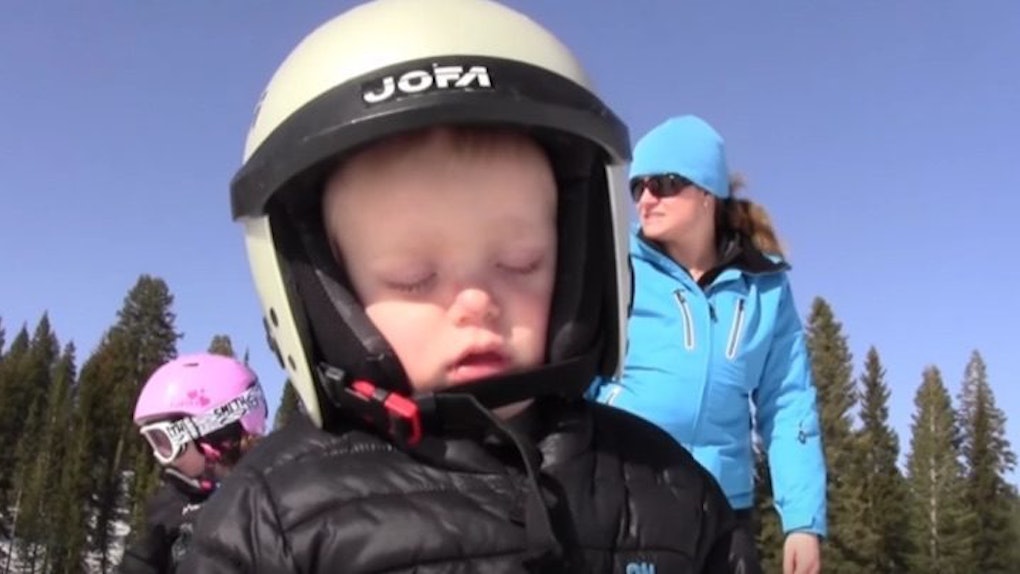 For this kid, sleeping is far superior to playing in the snow.

A hilarious video posted to the YouTube channel Kyoot Kids shows a very tired toddler trying (and failing) to stay awake while out on the slopes snowboarding with his family.

The little boy can be seen standing on his board with his eyes closed, swaying slightly as he drifts into his dreamworld.

He actually manages to remain upright for nearly a minute, before finally teetering over into the snow. It doesn't sound like long, but you try sleeping upright — it isn't easy.

Somebody needs to make a GIF of this kid like, now, because he'd make the perfect face of the Monday morning blues. Or the 3 pm slump. Or, you know, life in general.

Watch the little sleepyhead catch some zzz's up top.