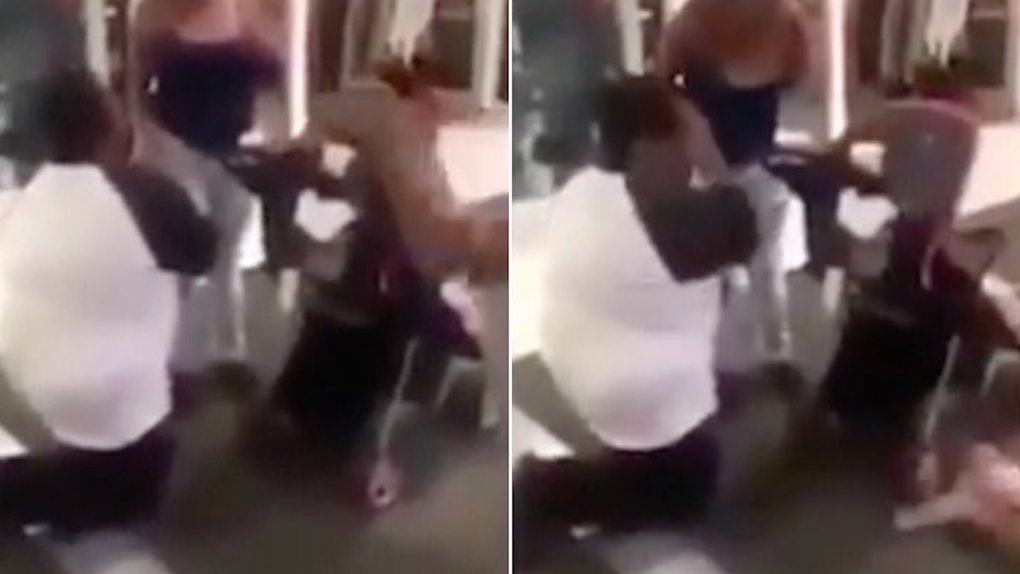 If you're thinking about proposing to your girlfriend in the middle of a shopping mall, I'd probably think again.

Why? Because the world is yours, my friend.

You have the freedom to choose any location at any time to get down on one knee for the one you love -- and to choose a shopping mall is downright mediocre.

Take it from this couple, whose baby was so unimpressed by her dad's act of love outside a department store that she backflipped out of her stroller to stop it from happening.

I'm going assume this child is OK based off the fact this video hasn't been deleted, and I'm also going to praise the little kid for putting the father's proposal to an abrupt halt.

According to MailOnline, the exact location where the video was shot is not verified, but the almost-proposal appears to be taking place at an American mall.

The video -- which is allegedly being filmed by the woman's best friend -- begins with a closeup of the dazzling engagement ring.

Then, to gain the attention of everyone at the mall, the person filming excitedly says,

I'm about to make a scene. Everybody, pay attention! He's proposing to my best friend.

Before he can even finish his sentence, the baby does a backflip out of the stroller while the father is still down on one knee.

We aren't sure why the child was sitting on top of the stroller, but the baby falls backwards, flips mid-air, and lands on her back.

It's startling, that's for sure -- and the dad automatically gets up and grabs the kid to make sure she's OK.

After the father leaves the shot, his girlfriend and almost-fiancée is pictured standing near the stroller in utter shock.

In a matter of seconds, her boyfriend got down on one knee to propose to her in the middle of a shopping mall and her daughter did a backflip off her stroller.

I would be in shock, too.

Toward the end of the video, the man proposing insists that the video gets deleted so they can try again.

Hopefully, his next proposal will be in area that his baby approves of.

Citations: Boyfriend gets down on bended knee to propose in a crowded shopping mall but stops in shock when his baby falls out of stroller (MailOnline)