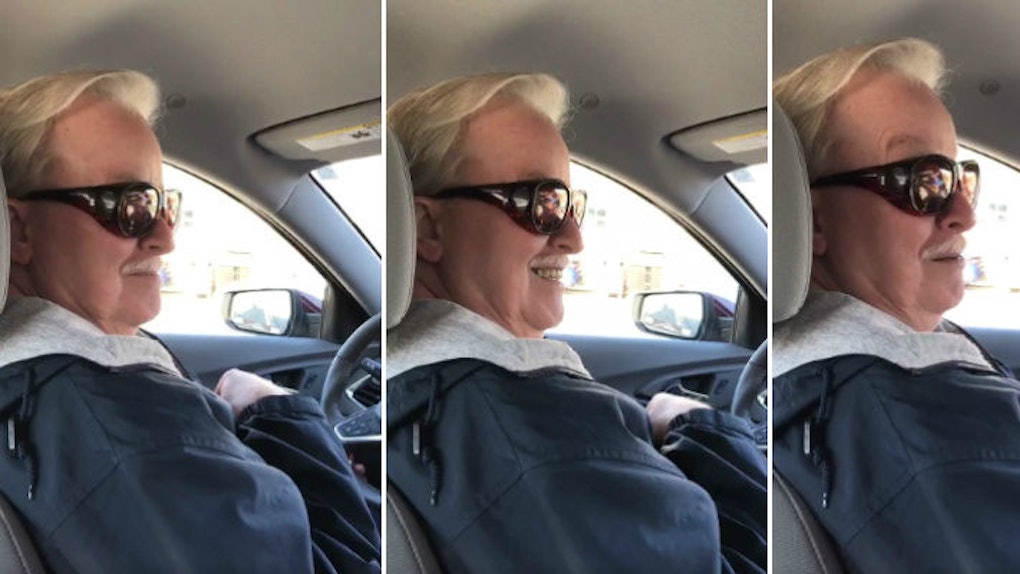 Say those words. Say those three words, and I'm yours forever.

Nothing would set my heart aflutter quite like that sentence.

Would it be my best friend with a hilarious observation? Would it be my crush? Would it be a terrifying chain email that promised a girl will kill me tonight if I don't forward the email to 20 other people?

Whatever it was, Elwood Edwards made my email account sound like it was full of possibilities. Also, "You've Got Mail" is one of my favorite Meg Ryan/Tom Hanks movies (which Edwards also served as a voiceover artist for, as part of the movie's advertising).

No, Edwards doesn't record his voice for AOL anymore, but he does drive an Uber.

His voice is iconic. His wife landed him the gig when she overheard a conversation. He said,

My wife was a customer service rep for the company that was about to become America Online. She heard Steve Case talking to some of the programmers [about] how fun it would be to add a voice to the software.

Please don't ever say "Goodbye" to me, Edwards. I need you.

Incredibly, all of these well known phrases were recorded in his living room on a cassette deck.

Edwards even landed a spot on "The Simpsons" where he acted as a virtual doctor and said, "You've got leprosy."

In high school, Edwards got his start in radio. After that, he moved to television and was a live booth announcer.

He even was a weatherman for a short amount of time, telling New Bern, North Carolina that "You've got hail."

I am praying that every time he picks up a fare he tells them, "Welcome."

Citations: The 'You've Got Mail' guy is now a friendly Uber driver (Mashable)