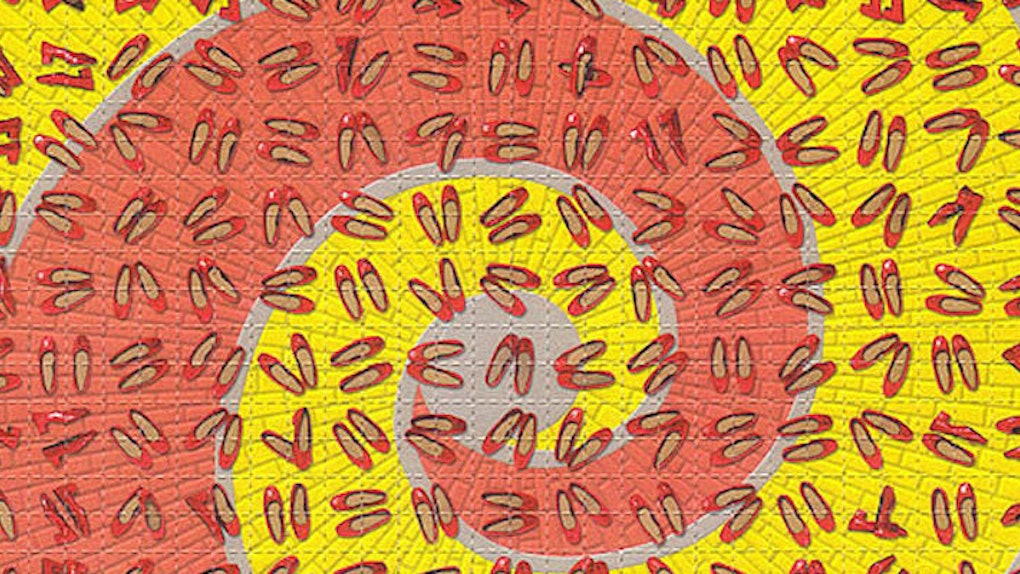 Dimitra Milan obviously has a gift for painting. What takes the 16-year-old's talent to the next level, though, is her ability to translate her dreams into wildly magical pieces.

It's hard to believe Milan started painting just four years ago when her parents opened the Milan Art Institute in Arizona and told her she could take any class she wanted. After finishing high school early, this painting prodigy now works full-time as a professional artist.

In an interview with Anna Gragert on My Modern Met, Milan explains the themes of her work, saying,

I paint women and animals/nature together to create a dreamy atmosphere and to give you a feeling that anything is possible. I think of each animal more as a symbol, rather than just the animal itself... I often like to paint animals that are traditionally viewed as dangerous or predators, or animals that simply have a dangerous edge.

While Dimitra Milan has in no way promoted or suggested she does drugs herself, that doesn't mean we can't take inspiration from her paintings to go on a spiritual quest in search of our own animal guides.

Here are a few paintings that might convince you to take the plunge and dabble in hallucinogens.

"All we are, are living stories waiting to be read and understood..."

"Your boyfriend will look hotter."

"Dance of the Deep"

"Did you ever realize cats are just tiny tigers??"

"Beautiful people are the ones who find the beauty in others..."