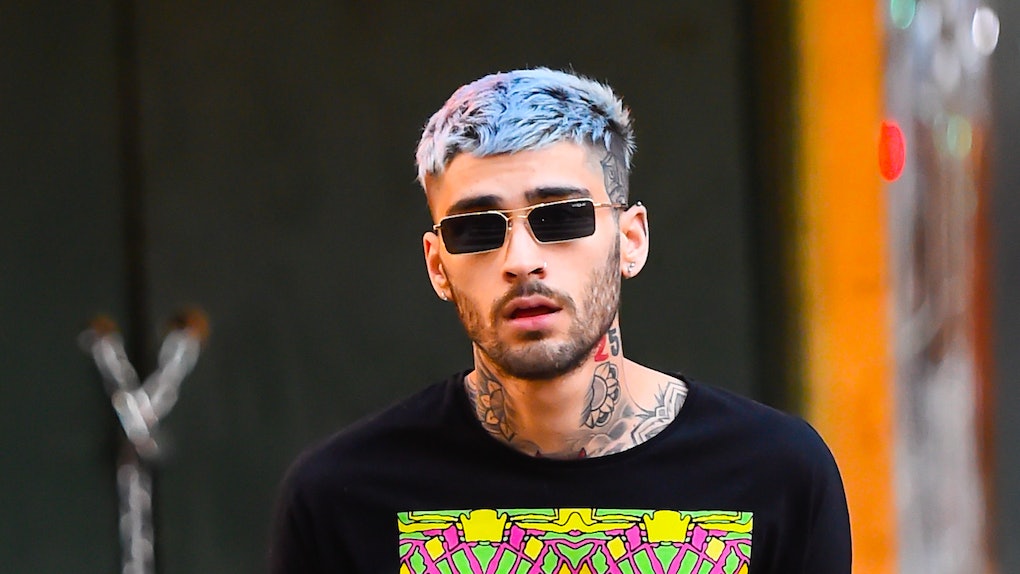 Zayn Malik has some *words* for the Recording Academy. With the 2021 Grammy Awards fast approaching on March 14, the former One Direction member got candid about his feelings on the show's voting process. After a number of other celebrities recently did the same, Zayn Malik slammed the Grammys on Twitter, calling them out for practicing unfair nomination tactics. Elite Daily reached out to the Recording Academy regarding the comments but did not hear back by publication time.

Malik took to Twitter on March 9 with the shell-shocking message, insinuating there's corruption behind the Grammy's voting system.

"F*ck the grammys and everyone associated," Malik tweeted. "Unless you shake hands and send gifts, there’s no nomination considerations. Next year I’ll send you a basket of confectionary."

It took less than 24 hours, though, for Malik to follow up with a second tweet clarifying his statement. As he explained, the message was not about himself, but the larger problem with systematic racism he's seen with the Recording Academy.

"My tweet was not personal or about eligibility but was about the need for inclusion and the lack of transparency of the nomination process and the space that creates and allows favoritism, racism, and networking politics to influence the voting process," Malik tweeted.

You can see Malik's tweets below.

Malik's posts not only caught fans off guard, but fueled rumors that his remark was aimed at Harry Styles, who is nominated and slated to perform at this year's show. Before long, Twitter was flooded with messages from fans speculating about the possibility.

"I agree with you but let’s not act like you’re not jealous of Harry being nominated!!" one fan tweeted.

"I mean he knows Harry is nominated and is going to preform so even though he wasn’t directing it to him or any other nominee, he could have worded it differently," another tweet read.

Malik is hardly the first celebrity to call out the Grammys. A number of artists have aired their grievances with the show including The Weeknd, Justin Bieber, Drake, Adele, and more. In fact, many of the biggest artists in Hollywood did after The Weeknd was snubbed in November 2020 when the 2021 show nominations were announced. Seeing as his album After Hours was highly acclaimed, but received zero nominations, fans and stars alike felt he was treated unfairly.

It's evident Malik won't be attending this year's show, and it will be interesting to see who else sits this one out when the ceremony kicks off on March 14.