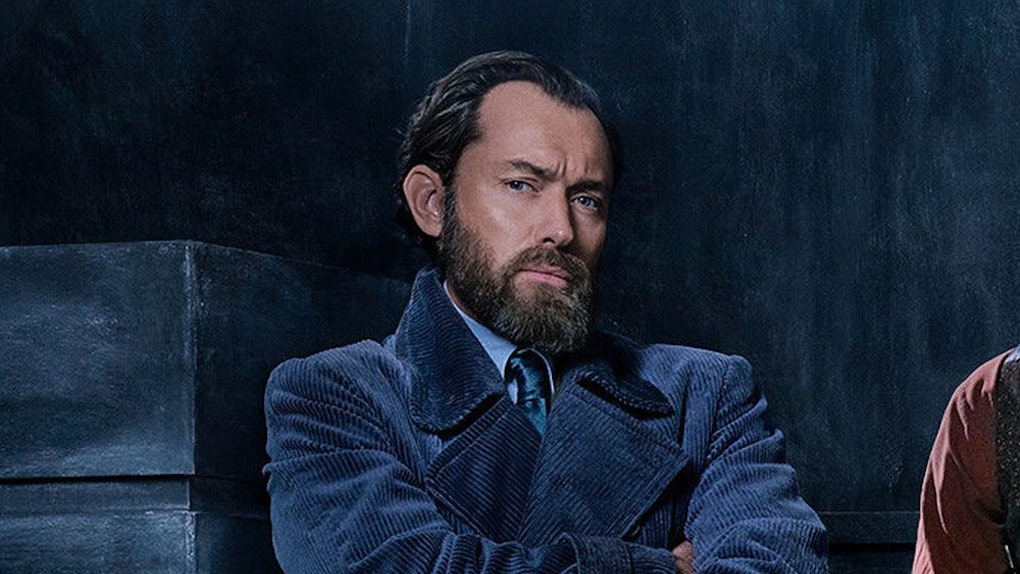 Young Dumbledore Photos From 'Fantastic Beasts 2' Are Here & Woah, No One Is Ready

A Celebration of Harry Potter is only a couple of weeks away, and fans are gearing up for a weekend full of details not only from the original series, but of the approaching Harry Potter and the Cursed Child opening dates on Broadway, and Fantastic Beasts 2: The Curse of Grindelwald. But ahead of all that, Warner Brothers has spent this week dropping new and fun details, such as a Young Dumbledore photo from Fantastic Beasts 2, and more on the French wizarding culture we'll be experiencing in this installment of Newt Scamader's globe trotting adventures.

The film has wrapped filming and is on track for post production work with the aim to arrive this coming November 2018. But while fans are waiting for the first trailer, and maybe even some new writings on Pottermore to tell us about the European wizarding world that Scamander will be visiting on his book tour, we've been blessed with a group of new photographs, including official images of both Jude Law as Young Dumbledore and Johnny Depp as Grindelwald. We've also got a look at Newt and his old friends from America, Tina Goldstein and Jacob Kowalski.

But before we dive into those, let's talk about Hot Dumbledore. Because in the name of Helga Hufflepuff, I was *not ready.*

Where exactly Dumbeldore is, Pottemore doesn't say, but we know that Dumbledore's office at Hogwarts was always described as being filled with magical artifacts, and we imagine that even before he moved into the headmaster's office in the 1970s, that was true of his time as a professor as well. We'd need more of a look though, before we could say if this is the same office McGonagall is inhabiting in the 1990s.

Here we have Jacob sidekicking along with Newt. Scamander has his magical case of creatures and Jacob has... a bucket? Did one of Newt's creatures escape again?

Via Entertainment Weekly, we learned this week that the wizarding world in France is nothing like the one in America.

[The wizarding world in Paris is] quite glamorous, it’s quite beautiful. There’s a community that lives alongside the muggle community, it’s much freer than in New York, where there’s segregation. Paris is a bit like England, actually, not so hung up about the differences between the two. Magical people can freely move into non-magical communities as long as they’re discrete about their talents…

Oh and by the way, there's no fancy word like "muggle" for non magical people like Jacob. The French word for a non magical person is simply a "non–magique."

Here is Newt's quarry, that Dumbeldore has assigned him to find out more about, Grindelwald. The woman with him is his sidekick Vinda Rosier (played by Poppy Corby-Tuech.) Can fans assume she's an ancestor of Death Eater Evan Rosier?

But it was hard not to notice a pattern of the locations of the movies lining up with these schools. The first movie is set in America, the next in France... Would the next three movies after this perhaps take us to far flung locations like Brazil or Japan or Uganda? Is that why Rowling was debuting these locations?

The answer it turns out, just might be yes. Yates has confirmed that all five movies will be set in different parts of the global wizarding world:

Jo’s already told us where the next one is taking place. It’s very exciting. This is a global story, ultimately. And given that there’s a global audience for this, it’s all the more delightful to take the story to different parts of the world.

Where these stories will be set, we don't know yet, though the final showdown between Grindelwald and Dumbledore will be in Germany in 1945, so that three of the six school locations already covered.

Will we get to visit the wizarding worlds of Brazil, Japan and Uganda between now and then? Let's hope so.

More like this
Marvel's Video Announcing A 'Fantastic Four' Movie Has Fans Going Wild
By Dylan Kickham
Who Will Play The Fantastic Four For Marvel? Twitter Has So Many Ideas
By Dylan Kickham
TikTok's #NotTheMainCharacter Trend Shows The Supporting Role You Connect With Most
By Marisa Casciano
Stay up to date