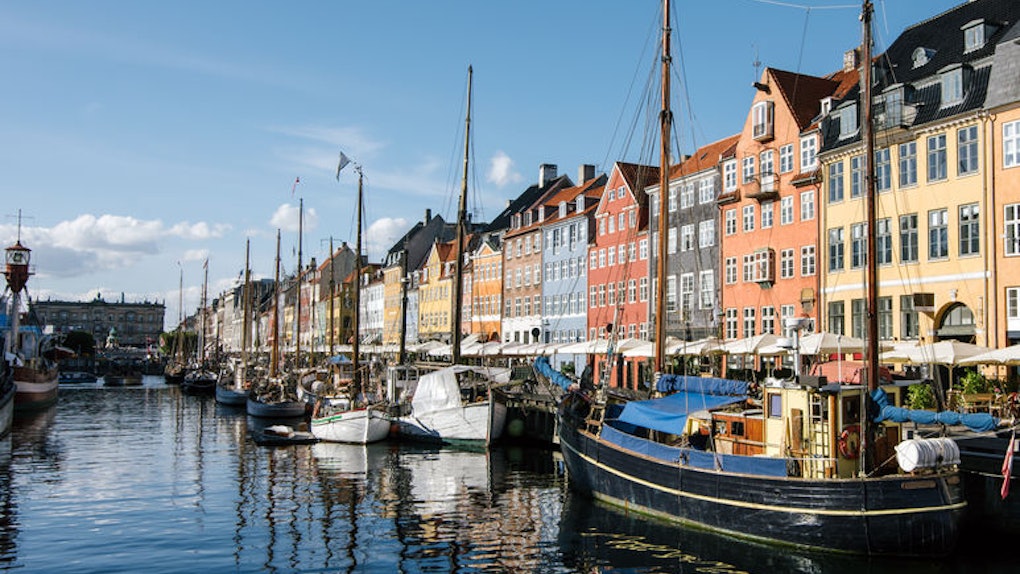 You Can Score Free Kayak Rides In Dublin, Copenhagen, & More By Doing This Good Deed

Exploring your favorite European city by water doesn't have to break the bank, thanks to a sweet incentive from a Denmark-based nonprofit. GreenKayak is encouraging tourists to pick up trash from some of Europe's most famed canals — and doing this good deed means that you can score free kayak rides in Dublin, Copenhagen, and more European hotspots simply by doing some good for the planet. Here's how it works so that you can spend some time this summer giving back to a good cause while you tour a brand new city by boat. It's a win-win situation, and you'll definitely want to check it out if you're heading across the pond in the coming months.

While GreenKayak first started the clean-up operation in Copenhagen, Denmark back in April 2017, this summer will be the first time that travelers in Ireland, Germany, Sweden, and Norway can also get in on the fun, according to USA Today. The terms are simple: You can book a free kayak with life jackets and equipment included in exchange for picking up trash from the waterway as you explore cities with major waterways and canal systems like Dublin, Hamburg, Copenhagen, and Bergen.

According to CEO and founder Tobias Weber-Anderson, kayaks are especially good at getting trash from hard-to-access spots, and the initiative has collected 11 tons of waste in Copenhagen so far that would have otherwise gone into the ocean.

"The feedback from volunteers is amazing," he told USA Today. "People have been wanting to join in the fight against ocean pollution and be very hands-on."

According to the GreenKayak website, planning your day trip is as easy as booking a place and time that works for you and your travel itinerary. Whether you're a "landlubber, sailor, or wooden-legged pirate," you can set aside some time to see your favorite new city from a different perspective via waterway and do some good for the environment while you're at it. Each of the kayaks provided appear to seat two people, so you can bring bae or your BFF while you're paddling around. Again, there are now eight cities that are participating in the program (most of which are located in Denmark), so I'd look through the different options to see if you'll be visiting any of them in the near future.

"In Denmark, people hang out on canals and eat pizza and unfortunately see trash floating by," Weber-Andersen said about the inspiration behind the project. "You can’t take your shirt off and jump in, but you can get in a GreenKayak and make an impact."

Unsurprisingly, the program has taken off — IMHO, spending a lazy summer afternoon paddling around in a European canal while snapping photos and cleaning up the waterway while you're at it sounds like a pretty ideal way to get to know a city — and it's just an added bonus that your ride won't cost you any euros.

According to Weber-Andersen, GreenKayak now has more than 50 kayaks spread across their different locations, and I wouldn't be surprised if the company expands to other water-based cities that attract plenty of tourists, such as Amsterdam and Bamberg, in the near future.