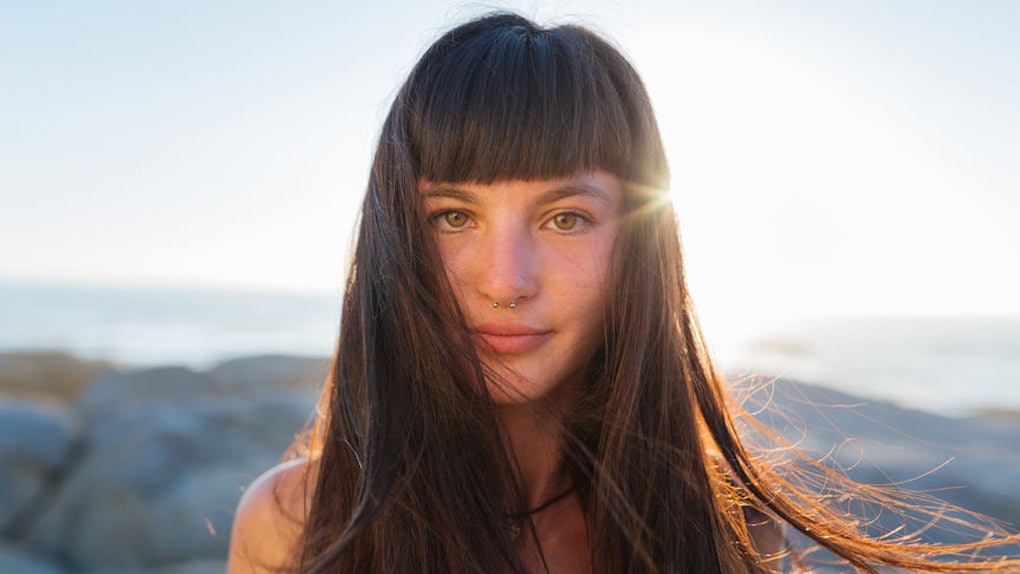 When you're in the thick of a breakup, it can be difficult to find the silver lining. How could anything even remotely good possibly come from something as horrific as a broken heart? Well, in a recent Reddit AskWomen thread, women shared why they're better off without their exes. And their responses are pretty amazing. I know, I know, I know, when you are the one going through your breakup, finding the silver lining is way easier said than done.

That being said, these women are living proof that sometimes breakups really are for the best. And, hey, not all of them even hate their exes. Some of them still admit they have lots of love for their former partners. Some even stay in touch with them. But they all agree that their lives are better for having gone through the split. And I'm so here for it. If you're going through a breakup or a rocky time in your relationship, read these amazing stories from these 15 women with wisdom to share. I'm not saying they'll automatically make you realize why your life is better without your ex. But, hey, maybe they'll help.

It forced her to look inward.

It forced me to stop and reconsider a lot of things. My last ex was a huge catalyst for me getting serious about fixing interpersonal issues, attachment, personality disorder, etc. I got over the self-blaming phase pretty fast and took a long hard look at what happened, objectively. It really, really helped and while I'm still grieving the loss, I just feel so much better about it overall than I have with any other relationship loss (romance, friend, family, whatever). And I honestly believe it did the same for him. If he hadn't dumped me we would still be deep in a bad cycle. I'm slowly getting back into dating now and meeting new people and getting better about picking partners. If ex and I ever reconnect, the break will only be a good thing. I've learned how to start productively recovering from loss much faster.

Their split offered her a much-needed turning point.

My ex was terrible. He always degraded my person in front of people, downplayed my successes, didn't respect me, thought he was entitled to anything he wanted. But I thought he was what I wanted/deserved.My psychiatrist finally broke through to me and made it clear that my lifestyle choices up to that point and my relationship with that douche, was the reason why I was doing so terribly in just existing.Since kicking his lazy a** to the curb, I've dated a couple of wonderful guys, met some cool people, had new opportunities pop up that wouldn't have been possible otherwise, and started figuring out how to actually navigate my life. I consider that ex to have been the turning point I needed.

She would have spent her life unhappy.

She found true happiness with someone else.

Because I wouldn't know what true happiness is and I wouldn't be married to the love of my life and best friend.

She became a better version of herself.

He was holding me back from being the best version of myself that I could be. I was putting all of my energy into supporting him instead of using any of my energy to grow for myself. He was also emotionally and physically abusive. Once I came to realize those factors and tried to make a change, it became very clear very quickly that our relationship was over.Three years later, I'm happier and healthier than I've ever been. I'm in a new, healthy relationship with someone who lifts me up and is a true partner to me.

She realized everything wasn't always her fault.

Because my ex made me feel bad about myself and made me think things that weren’t my fault were my fault. Also I am much happier now with someone else:)

She realized she deserves better than constant fear and exhaustion.

I finally understood I deserved more than I was receiving. Being exhausted and scared most of the time is not how you should feel while being close to a loved one. Love will put you through hardships sometimes, yes, but love shouldn't feel difficult. You shouldn't need to have daily mental battles to convince yourself that it is worth saving. I deserve to feel loved and appreciated.

She's now with someone who treats her like an equal.

Being with the wrong person isn’t healthy. I left my last relationship because I was not a lover, I was a secretary/a mom to him.

Now in a loving relationship with an equal who wouldn’t have me be his secretary.

She got to meet me people she never would have otherwise meet.

I was too young, I wasn't done exploring myself and my potential for relationships. I would have been so distracted going though college with a long distance relationship. I've met so many amazing people since that breakup who I never would have gotten to know if I was still with him.

She got out of the cycle of constantly being cheated on.

He would have never stopped cheating. In the end, I was not special to him. No woman is. We are all just pieces of meat to him that he wants to convince to love him. He cheated on me 5 times, always promising to do better. He had stopped caring about me years ago, and never will again. I’m glad it’s over.

She found someone who loves her who she really is.

Finding someone who's excited to be with me specifically, not just excited to be in a relationship. It's so surreal thinking back at all the insecurities I developed because of my ex now that I'm with someone who loves my personality. Things that would've gotten a groan and "Could you please not make a scene?" instead get a huge laugh and a "you damn idiot, I love you".

It forced them both to face with their own demons.

We weren't good for each other. Both of us had lots of baggage that we hadn't properly worked through and were just unhealthy for each other. He's married now with two kids, and I just got engaged to the most perfect (for me) man I could have asked for. It was incredibly painful when we first split, but it was for the best. We still talk to each other occasionally and I'm truly happy for him.

She found someone she can actually talk to.

We had nothing in common – we'd be Skyping (it was a long-distance relationship) and end up just being like "...yeah" a lot. Now I'm dating someone who has a lot more in common than me and we can talk for hours.

She found someone who gives her the attention she deserves.

My current partner and I just get along so much better. I don't have to guess what he's thinking all the time because he actually uses his words. If my ex was in a mood, he would literally just leave the house an turn his phone off, even though he KNEW I had SEVERE anxiety and would get super upset about it. My current partner never ignores me or does stuff like that. It's nice.

She was able to clearly see how incompatible they were.

I was so in love, but we were not compatible. He was also angry at the world (for valid reasons!) and that negativity and bitterness bled into our relationship, as kind as he was to me.I’m in a better relationship now, and the security and compatibility I have with my current partner really clarifies everything that was missing with my ex.

You see, friends? There is a light at the end of the tunnel, after all.