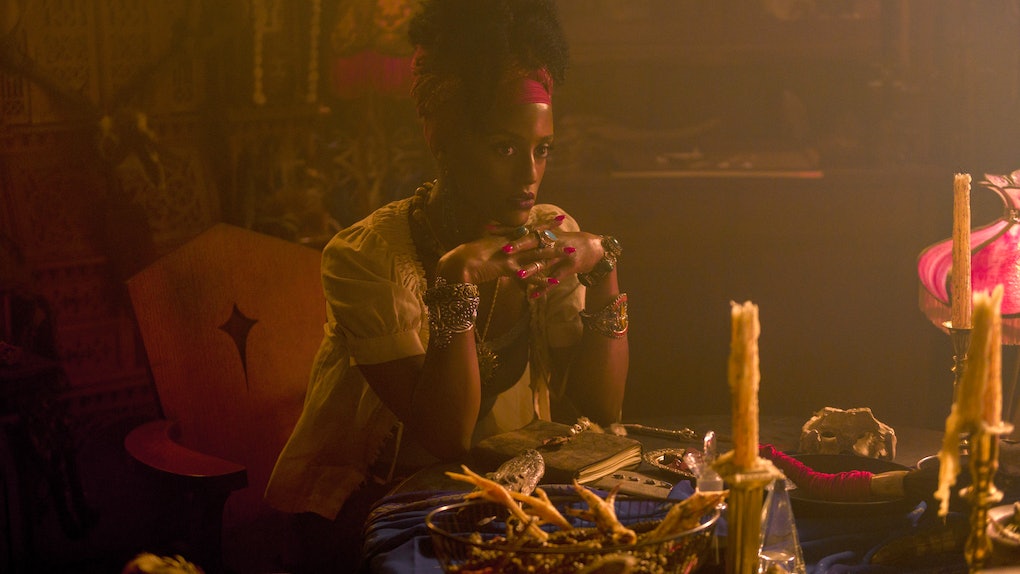 Will Zelda & Mambo Marie Date In 'Chilling Adventures Of Sabrina'? The Finale Was Wild

When Chilling Adventures of Sabrina Part 2 aired in the spring of 2019 on Netflix, it brought romance for both Sabrina's aunts. Hilda got closer to Dr. Cee, while Zelda got engaged. Unfortunately for Sabrina, that engagement was to Father Blackwood, the misogynistic, manipulative head of the Academy of the Unseen Arts and the Church of the Night. But by Part 3, Zelda once again single, and now it's looking like she's gotten herself a new love interest. Naturally, want to know, will Zelda and Mambo Marie date in Chilling Adventures Of Sabrina? Warning: Spoilers for Chilling Adventures of Sabrina Part 3 follow.

Mambo Marie LaFleur (Skye Marshall) was introduced in CAOS Part 3's first episode. Blackwood's (Richard Coyle) betrayal of Zelda (Miranda Otto) included an attempt to take out the whole coven before he went on the run, resulting in his daughter Prudence (Tati Gabrielle) and Sabrina's cousin Ambrose (Chance Perdomo) going after him, in hopes of catching or killing him. Their travels led them to New Orleans, and though they failed to capture Blackwood there, they did meet Mambo Marie, whose information helped lead them to Blackwood's real location in Scotland.

Prudence was impressed with Marie's abilities, which were different than the satanic magic she was used to. Marie worked in voodoo, which gave her different, still deeply powerful, abilities. So, when the Dark Lord drained the Church of the Night of its powers and left them defenseless against the Pagan threat in Greendale, Prudence called on Marie for help.

At first, Zelda was wary of the newcomer, but a nice one-on-one chat helped her see the wisdom in bringing in someone like Marie. By the time the Church of the Night regained its powers, Marie was standing next to Zelda as they fought side by side.

But the CAOS finale suggested it might be something more than just fighting the two were doing together. With the Pagans defeated and the coven-less witches heading home, Zelda asked Marie if she might stay with her. Marie said she would stay as long as she was wanted, and Zelda answered with a kiss, suggesting Mambo Marie was very wanted indeed.

Is this the beginning of a beautiful romance? With Hilda and Dr. Cee's wedding probably coming in Part 4, Zelda will need a date, and the two of them do make one hell of a couple.

Chilling Adventures of Sabrina Part 3 is on Netflix now.

More like this
Joshua Bassett Almost Played Harvey In 'Chilling Adventures Of Sabrina' & I'm Shook
By Dylan Kickham
These Fake 'Riverdale' Brand Names Are Even Better Than The Real Thing
By Rachel Varina
'The Crown' Season 5: Netflix Release Date, Cast, Plot, & More Details
By Ani Bundel
Stay up to date