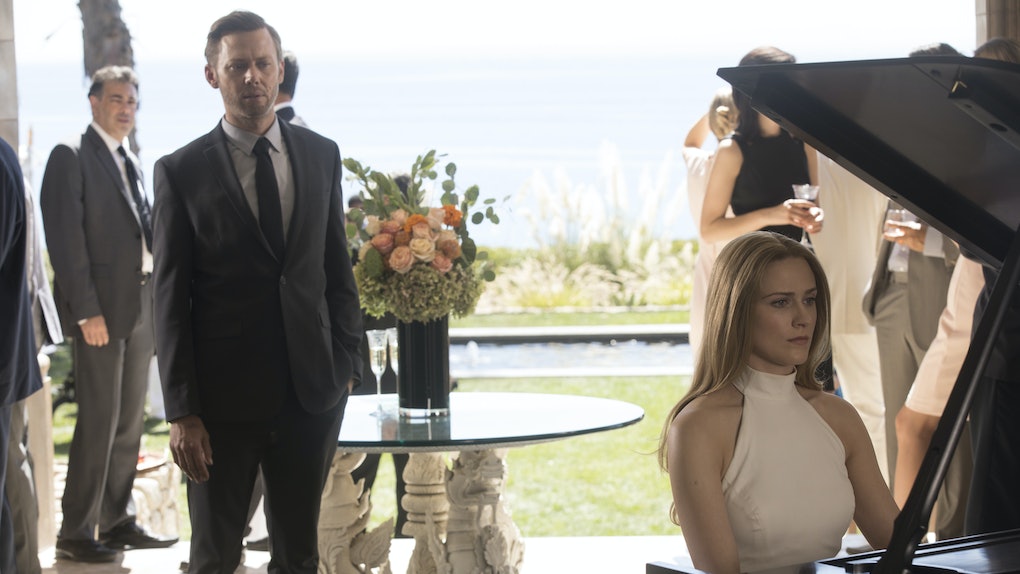 Will 'Westworld' End Like 'Futureworld'? Season 2 Theories Have Fans Convinced

The Westworld production has been all about keeping spoilers under wraps since the beginning of Season 1. But despite their efforts, fans have a general outline of what happens in the story. After all, like many series, it's a show based on a pre-existing entertainment property. In this case, it's based on the 1973 film of the same name, written by Michael Crichton. Westworld wasn't the only film either. In 1976 there was a sequel, called Futureworld. Now fans are wondering if clues in Season 2 point to it following the plot of that sequel. Will Westworld end like Futureworld?

To be clear, Westworld Season 1 and Westworld the movie aren't exact replicas of each other. In the film, there are several parks, not just Westworld. The hosts malfunction and start killing the guests, but it's not quite the revolution that Dolores is leading right now, nor was it programmed by their creator. Moreover, some of the plot points (like William and Logan) were made to seem similar enough to the film's protagonists to help fool the audience into thinking their plot was contemporaneous with the rest of the story.

In Futureworld, the events of Westworld happened three years earlier. The Westworld park has been closed down, and in its place "Futureworld," a space-based adventure park, has been opened. The plot follows a pair of reporters covering the park's reopening, only to discover that Delos has far more nefarious purposes towards their guests.

Delos are harvesting data from their guests, in order to make clones. Those clones are then sent out into the real world in the guest's place as "sleeper hosts" to do work on behalf of the Delos corporation.

Sound like anything Westworld's done so far this season? Episode 1 showed Bernard discovering Charlotte's previously unknown lab was doing massive data collection on the guests. Episode 2 showed James Delos pushing William to "get a move on" with some of the new technology because not everyone had time to wait. Some have taken this to mean the show is doing something of a Facebook parable, with the data collection showing how a "move fast and break things" attitude to new tech can go in directions the creators never imagined. But what if it's far more straightforward? What if it's just the plot of Futureworld?

That's where this new reddit theory comes in. To quote from it:

They are building a clone replacement for the senior Delos to transfer his consciousness to before he dies; but William sees something even bigger - the ability to use this technology to save (or conquer) the world. Logan (drunkenly) explains that this is going to be the end of the human species. The next step was to start replacing real guests with their identical clones, and sending them back into the real world. Guests are likely killed and disposed of, replaced with an identical copy. The rich and famous - the most powerful people in the world - have been replaced with 'sleeper' hosts, and nobody is the wiser.

The theory then goes on to explain what the weapon is both Dolores and William are heading for this season:

The 'weapon' is a huge transmitter - a satellite dish, perhaps - which will allow whoever uses it the ability to control the 'sleeper' hosts (former guests) around the world, remotely. In S02E01, it's revealed that the hosts have some sort of local wireless network they can use to communicate with each other... Dolores will attempt to use the transmitter to amplify her message of rebellion to hosts around the world - and the MIB is headed there, too.

Could this be the solution to the season? Will Westworld end this year in a showdown over the transmitter, and Dolores activating "sleeper hosts" around the world?

More like this
These 'The Nevers' Theories About That Flying Ship Are Absolutely Bonkers
By Ani Bundel
What Happened To The Rose Family After 'Schitt’s Creek'? 6 Theories
By Rachel Varina
These Tweets About Regé-Jean Page Leaving 'Bridgerton' Are Royal Bummers
By Cianna Garrison
Stay up to date